Skip to content
You are here:Home/Portfolio, Scrap a Boat, Scrap a Yacht/Storm Damaged Yacht From North Wales
Previous Next

The UK has endured a pretty terrible winter with plenty of rain, storms and even a beast from the east. In early April we had a call from an Insurance company that wanted us to collect a boat that one storm had gotten the better of.

Up in North Wales near Holyhead a boat that was chocked up out of the water by a roadside had been blown over and smashed itself to bits in the process.

It’s always a shame to see when an older yacht is badly damaged as any repair work is usually far too costly to even consider and far outweighs the boat’s value.

As you can imagine a boat stranded across a road is an urgent job as it was a hazard for road users and other boats along the same stretch of road. Luckily for us we had a hi-ab in Wales around the time the Insurance company called so we could get the boat collecting almost the next day.

When the boat was delivered to us it was quickly stripped down for anything we thought had any re-sale value. However it seemed that most had already been pillaged in Wales when she had first been blown over. The boat was then crushed and the recyclable materials separated from the waste fibreglass. 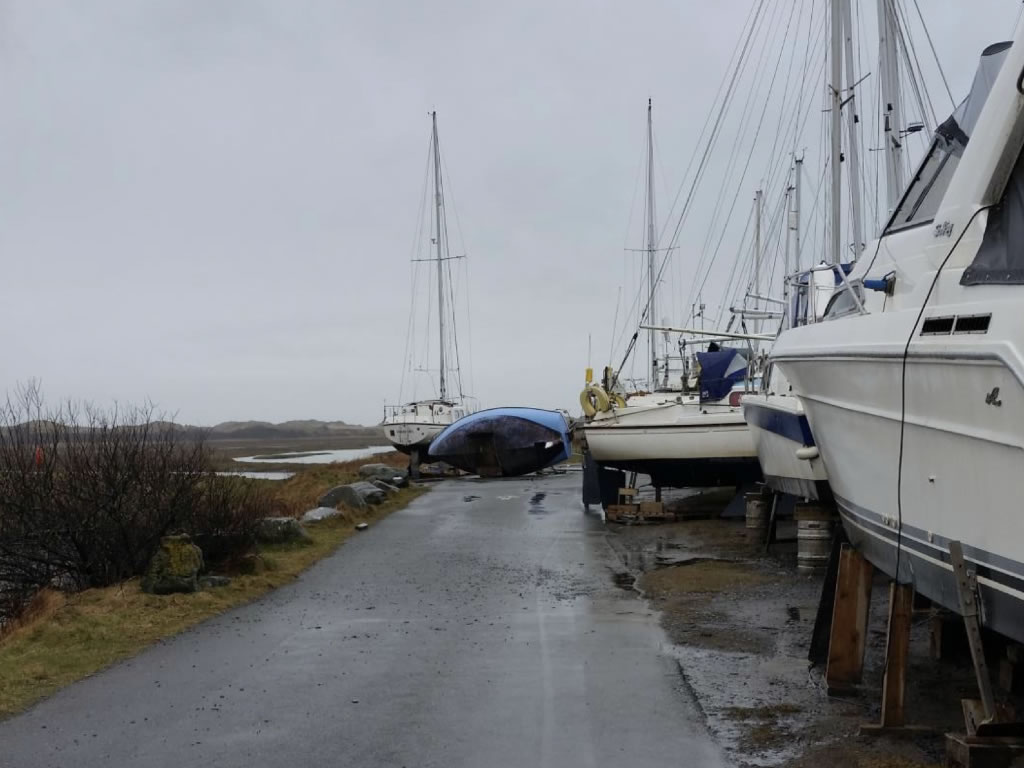 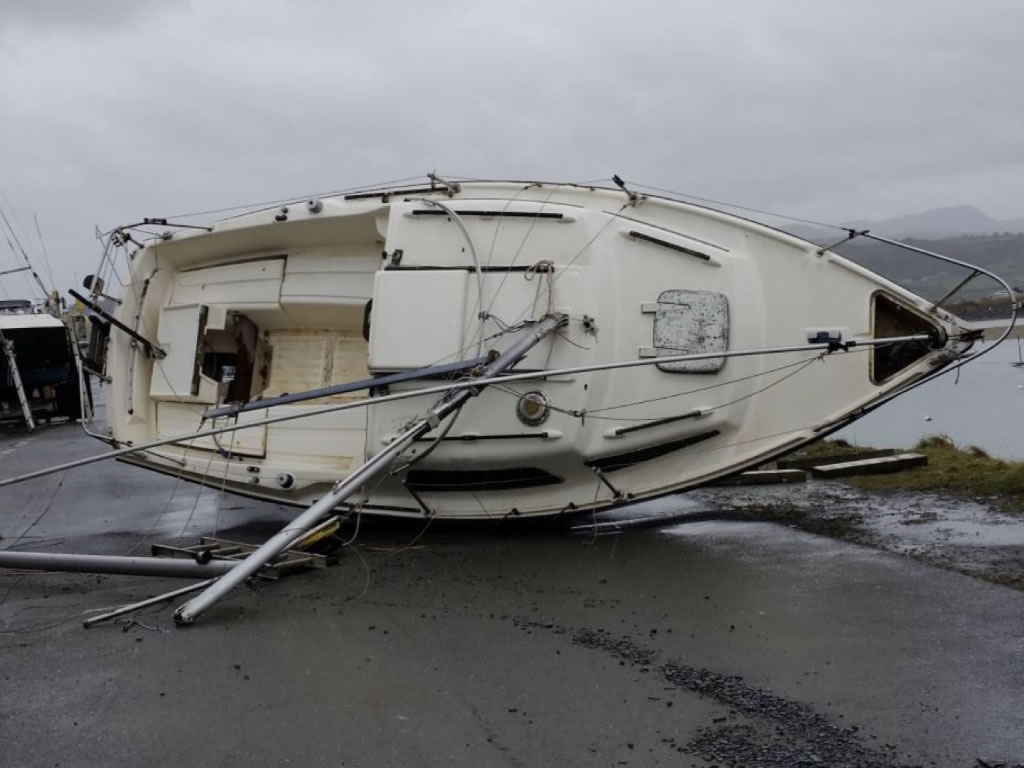 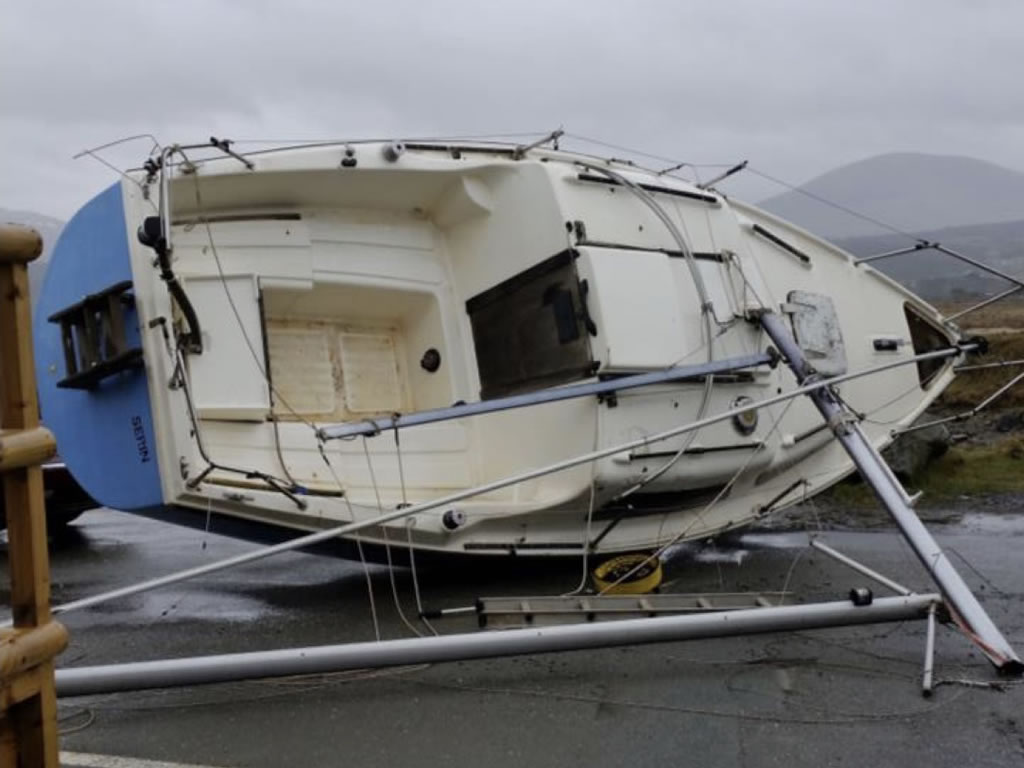 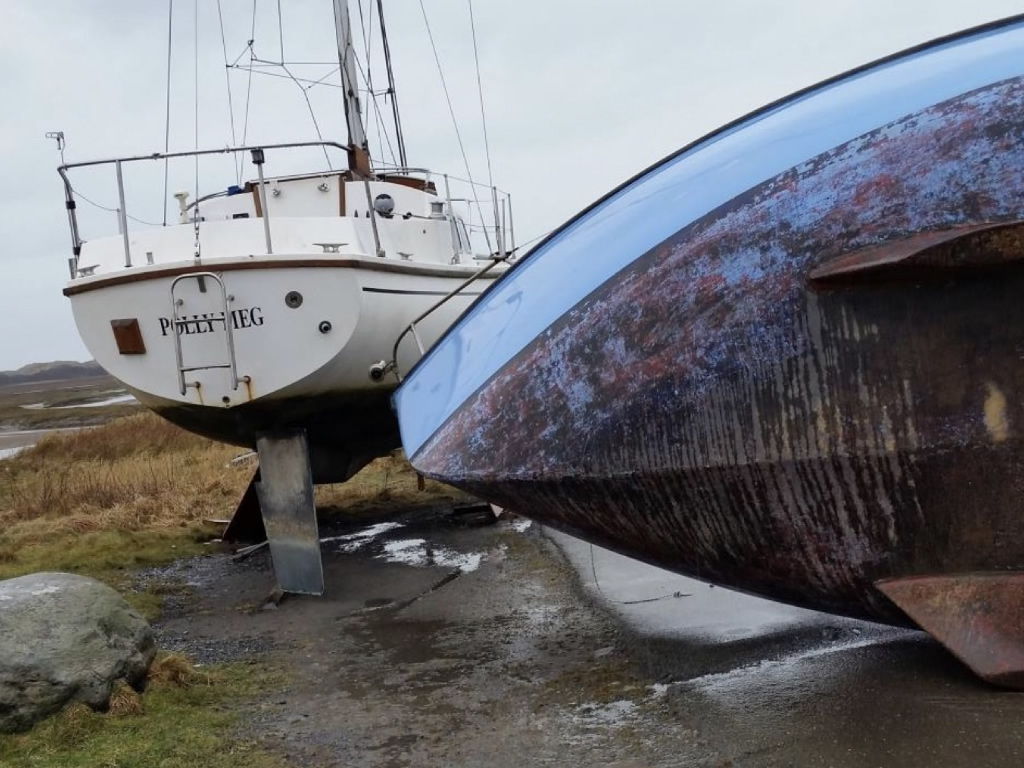