Skip to content
You are here:Home/News/Scrap Kings Season 2 Filming
Previous Next

The Boatbreakers team had another day of fun whilst filming for the second season of Scrap Kings. The second season promises to be bigger and better than the first, hopefully, Boatbreakers will be featured in five episodes. Before you know it we’ll be in the I’m a Celebrity Jungle.

Our latest Scrap Kings appearance was filmed in Poole. Back in 2017 we had a job lined up to collect and dispose of an old yacht. At the last minute the owner cancelled the plans and decided he wanted to keep the boat.

Fast forward to September 2018 and a familiar name dropped back into our inbox. The boat’s owner was back after a year to this time confirm that he wanted the boat gone.

We formulated the fairly simple plan of taking a trailer down to Poole and having the bilge keel yacht loaded by the marina staff.

When we met the owner he explained that after cancelling the collection in 2017 the boat ended up costing him a further £2000 in repair bills. And that in hindsight he should have bitten the bullet back then.

Our plan went fairly smoothly as you’ll be able to see when Scrap Kings Season 2 airs early in 2019 on Quest. If you can’t wait that long you can also see the first series of Scrap Kings on Amazon Prime.

If you have a boat that you think is coming to the end of its life then use our Scrap Calculator to get a price to dispose of her. You could even feature on an episode of Scrap Kings. 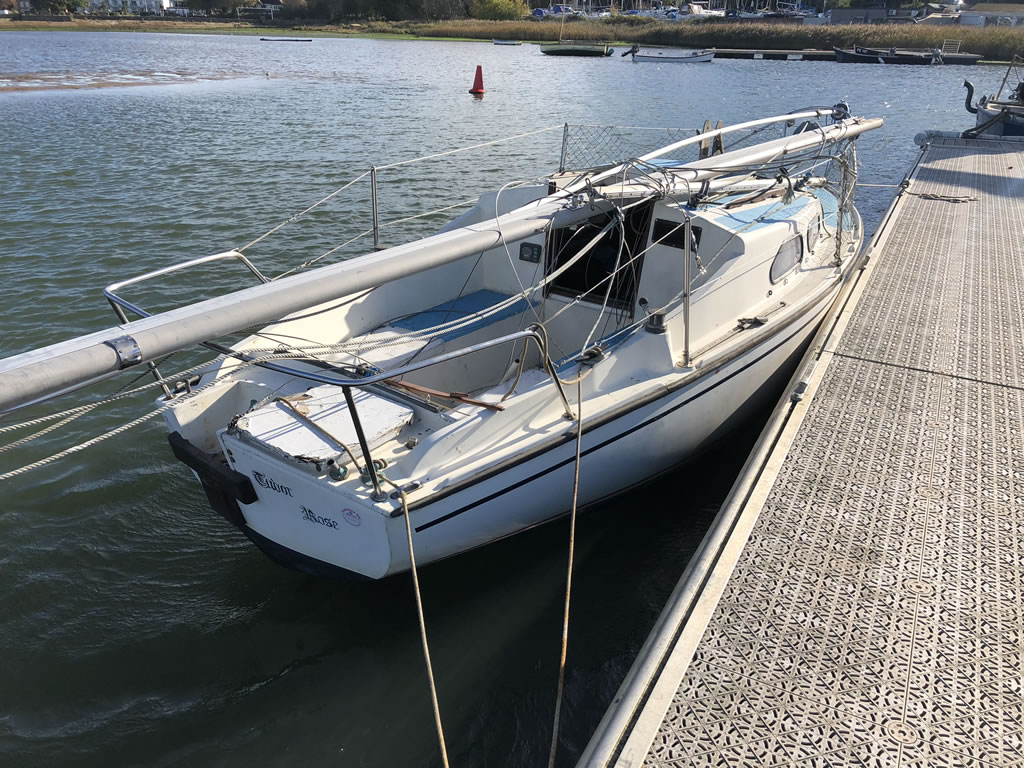 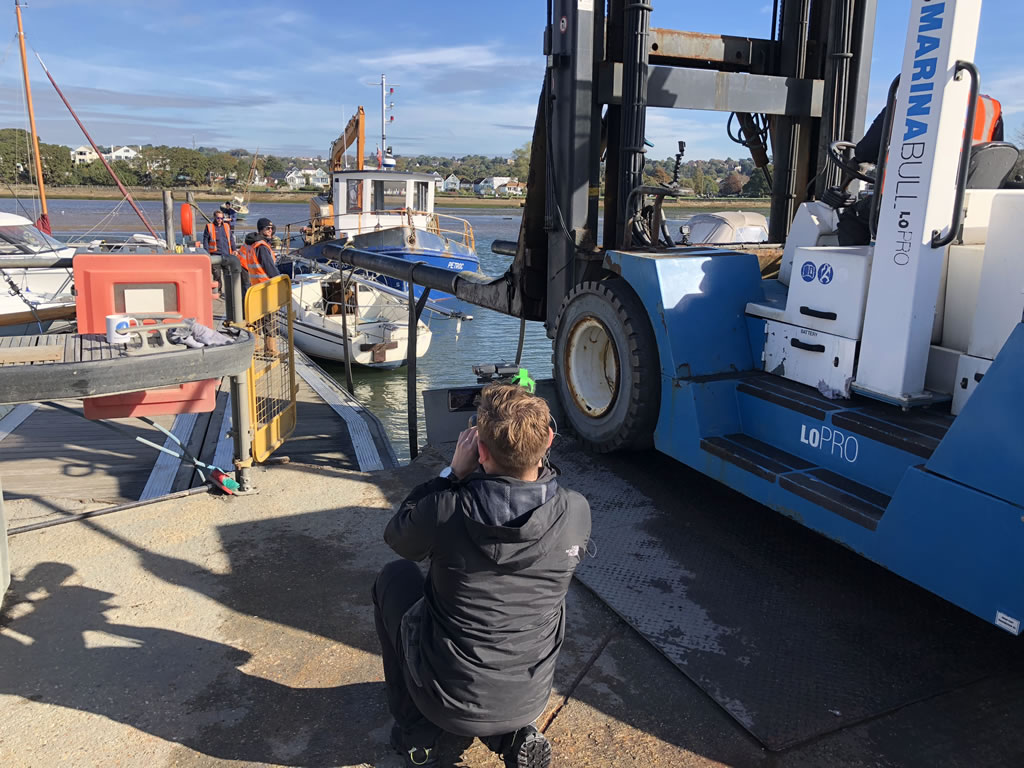 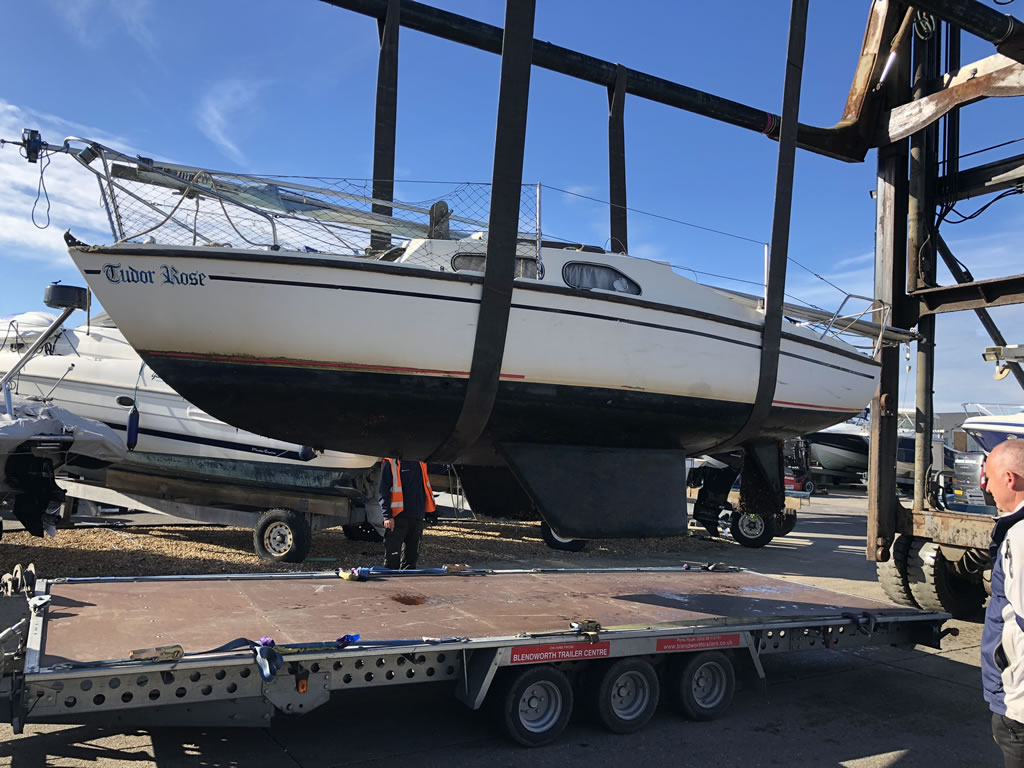 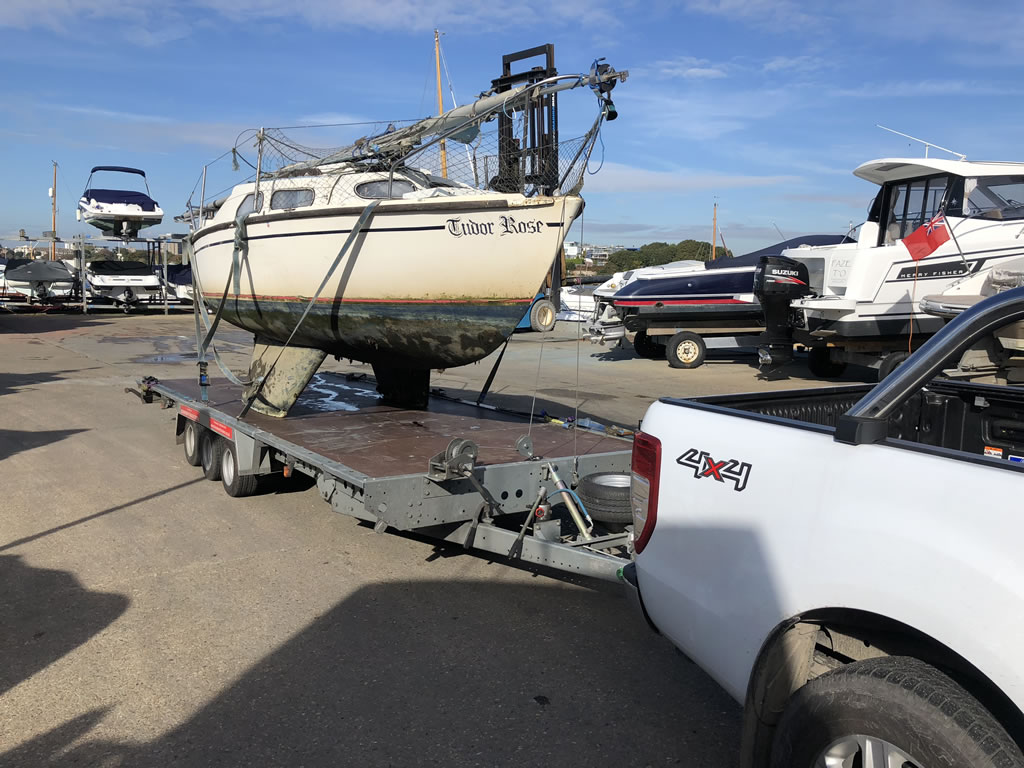