Skip to content
You are here:Home/News/Boot Dusseldorf 2020 Boatbreakers Roundup
Previous Next

We knew that there was a limited chance of a large emphasis being put on boat recycling. But it was still interesting to see if the issues around Marine Recycling were mentioned. 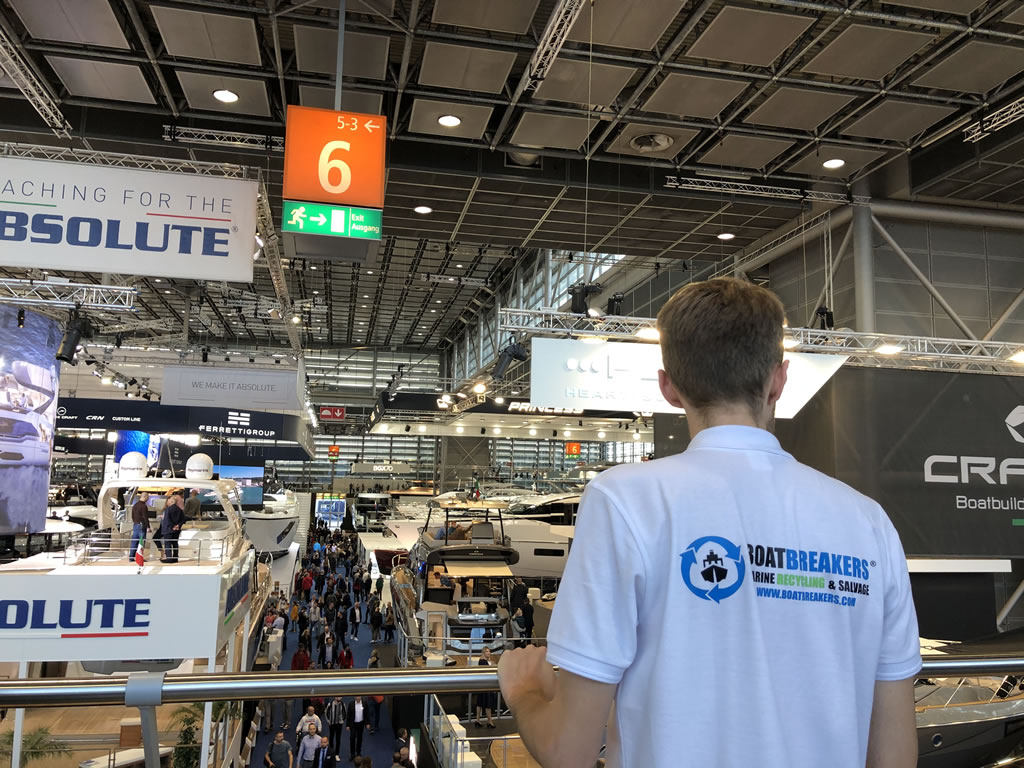 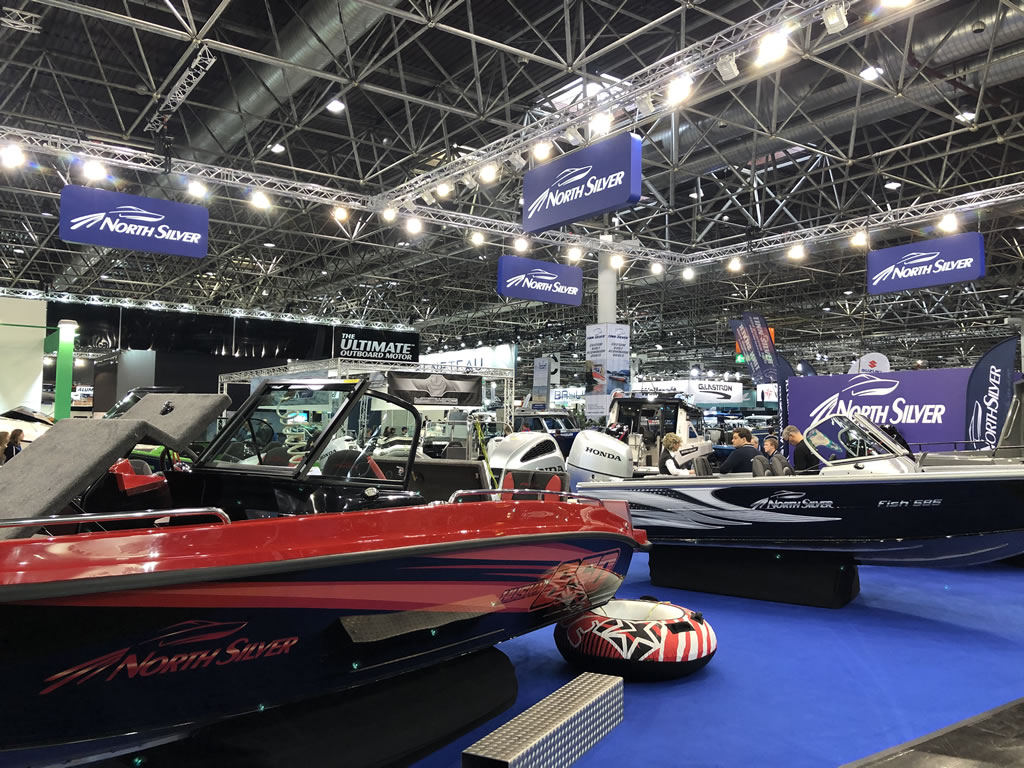 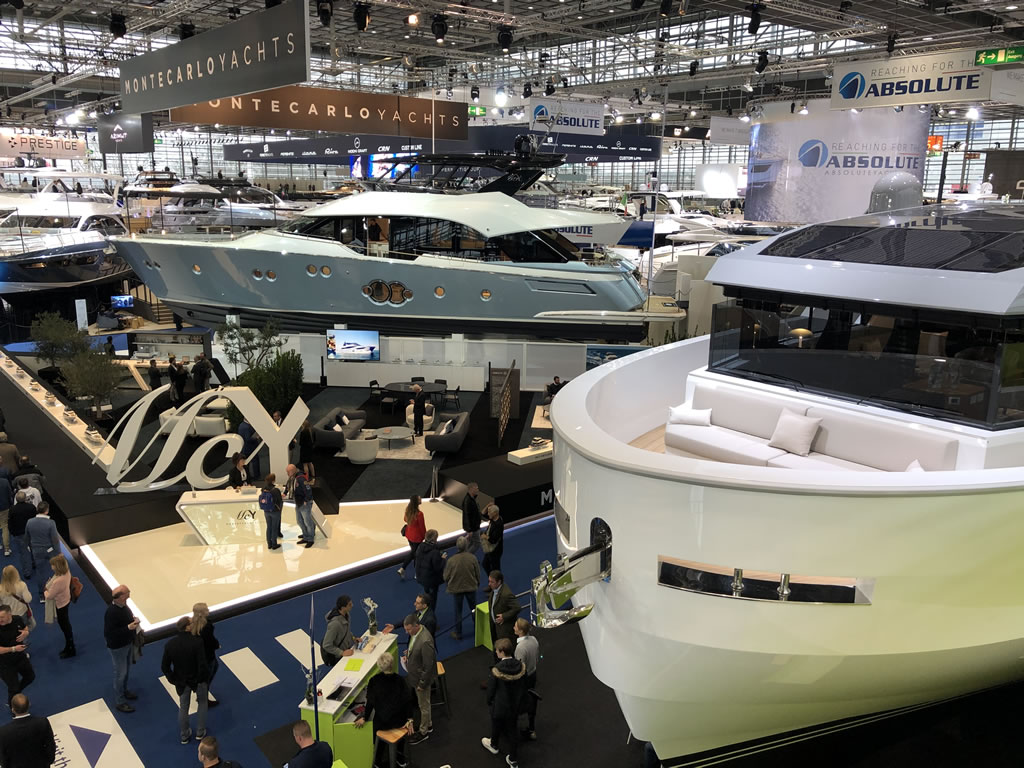 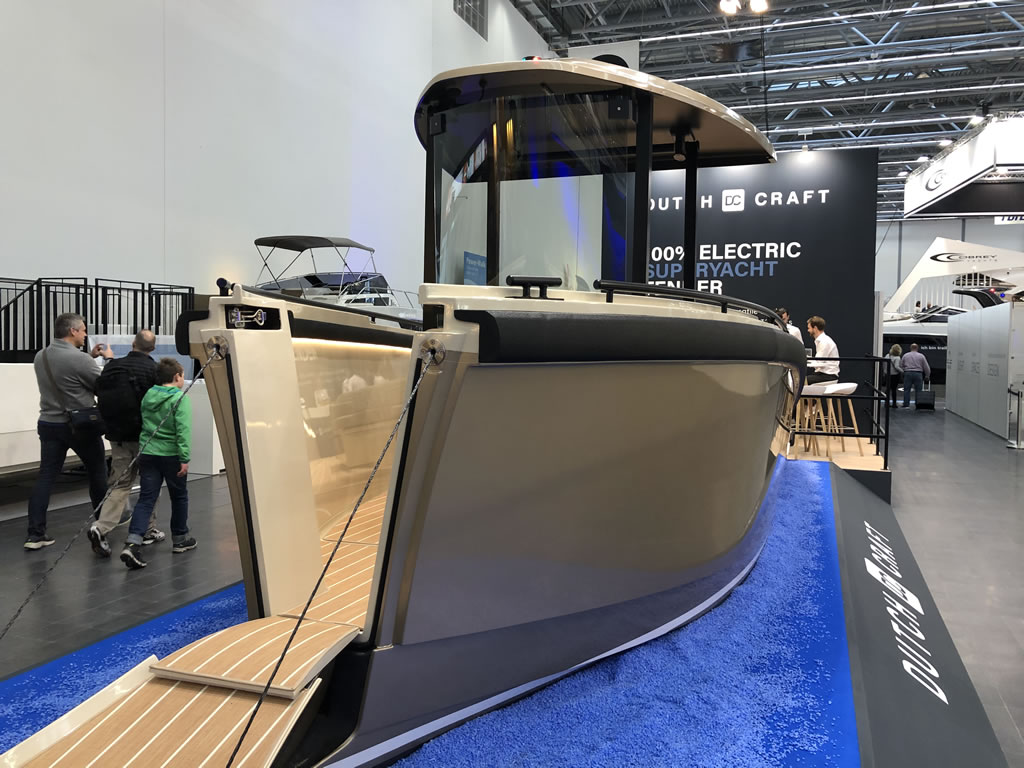 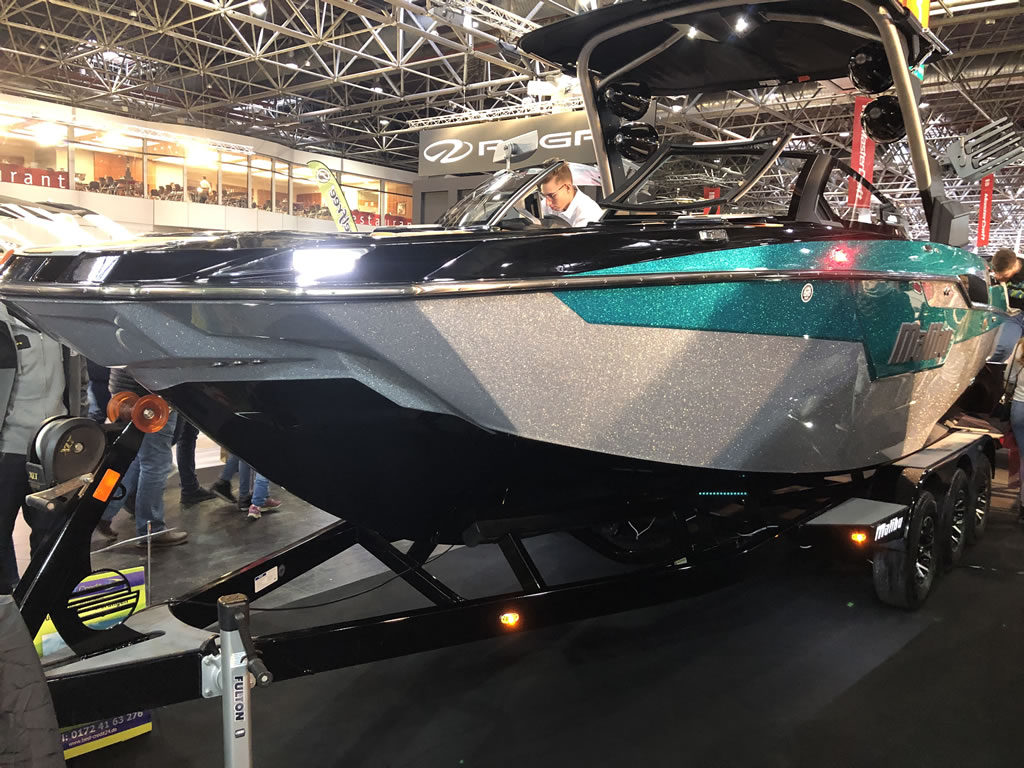 The City of Dusseldorf

Dusseldorf is a large city in the west or Germany. Near the borders to Belgium and The Netherlands. It straddles the river Rhine and its Ald Stadt (Old Town) is full of bars and restaurants all serving the “Altbier” which is brewed in the city. Overlooking the city is the impressive 240 metre tall Rhine Tower.

The show was at the Messe Dusseldorf event space which is north of the city centre next to the Rhine. It was spread out across 17 different halls each with their own category, from Super Yacht to Canoes and Marine Art to the Beach World. 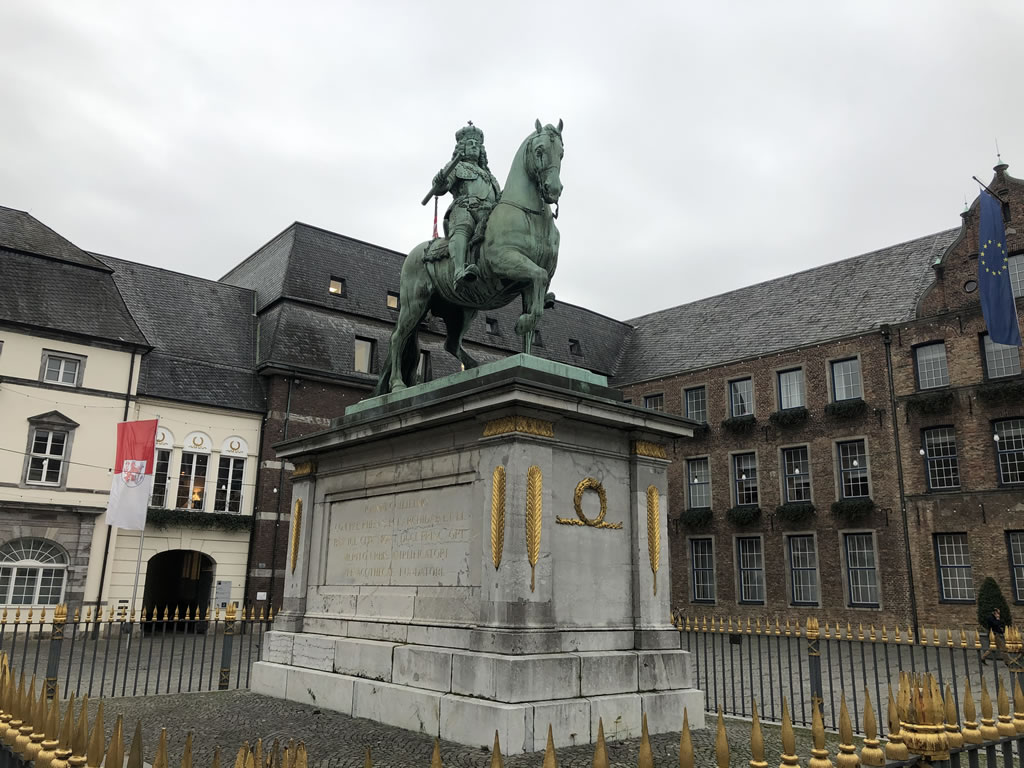 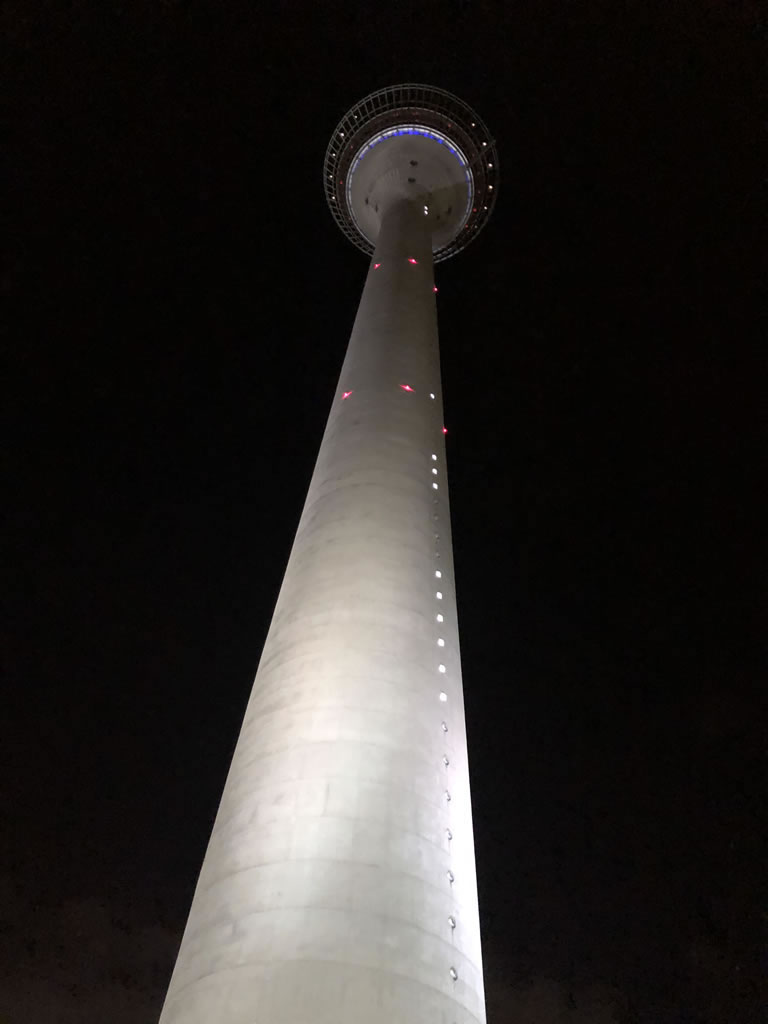 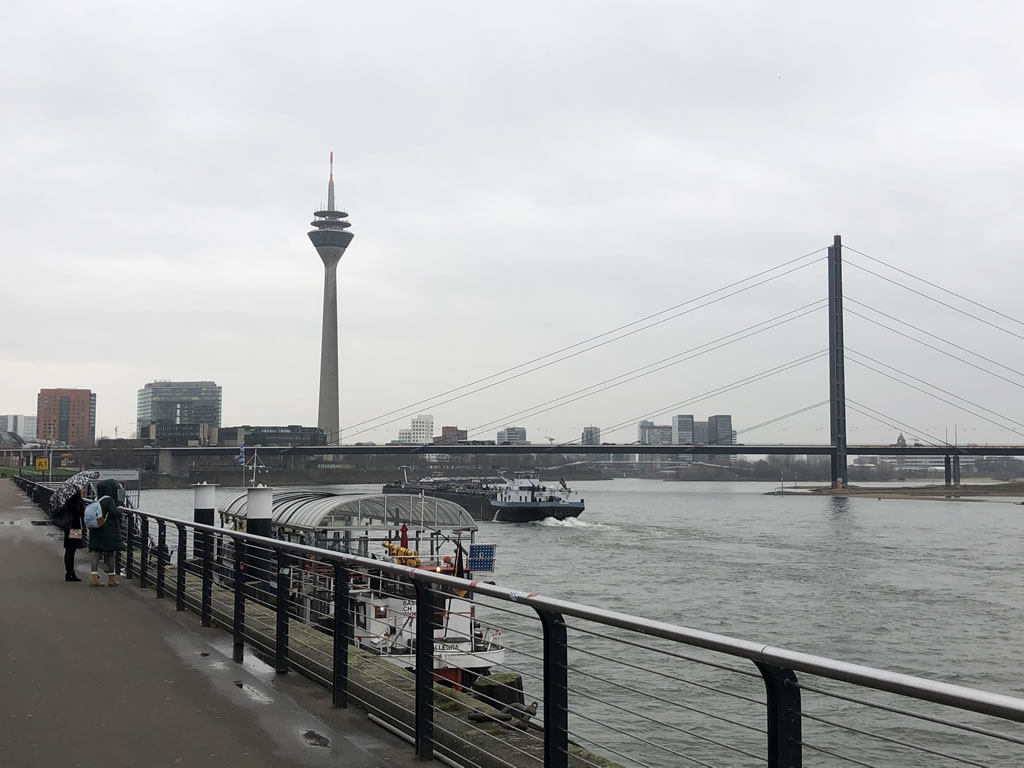 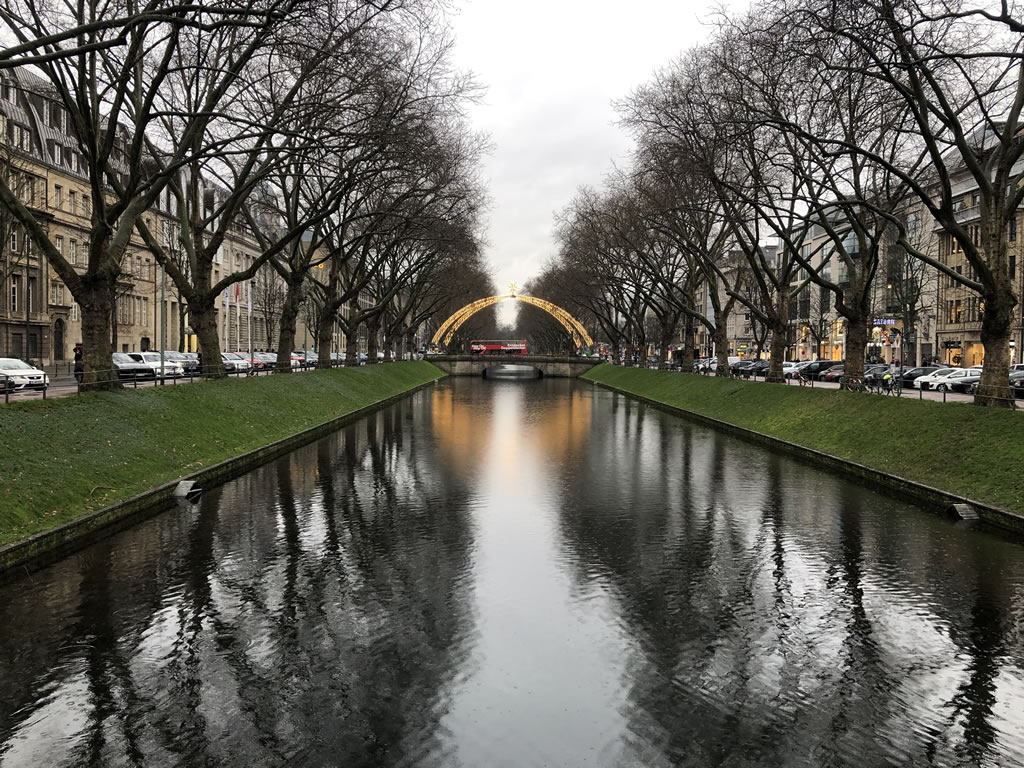 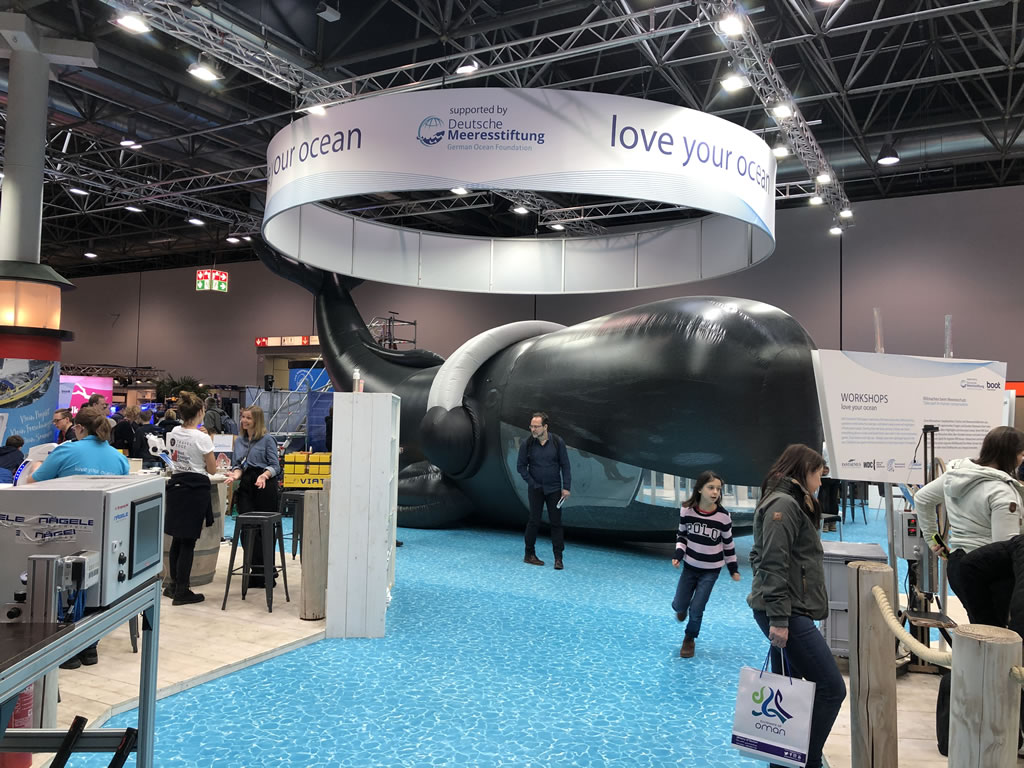 With recycling being one of the hottest topics in the world right now we were interested to see what the ‘Love Our Ocean’ area would talk about. Sadly it only seemed to feature on plastics or marine litter.

Whilst this is a massive issue that needs tackling it was a shame that abandoned boats didn’t get a mention. As like plastics they are a major pollutant of waterways around the world.

Our team focused on talking to as many insurance companies as we could. Some of them didn’t speak the best English as they were an Italian company at a German boat show.

We wanted to know what they do with the boats when they write them off. In the UK we work with a number of Insurance companies to collect and dispose of their write-offs.

However it seemed that all the companies we spoke to at the show simply hand the written off boat back to the owner once they’ve paid out. As they don’t want to accept any liability. Effectively leaving them to pay the disposal charges or giving them a chance to just abandon the boat.

As expected the rest of the show was full of all the best new boats on the market. It was interesting to see the Eling stand as we recently inspected a burnt out Eling E4 Ultimate in Hampshire. Also the Pearl Yachts stand was good to see as at the end of 2019 we scrapped a number of their boat moulds up in Warwickshire. 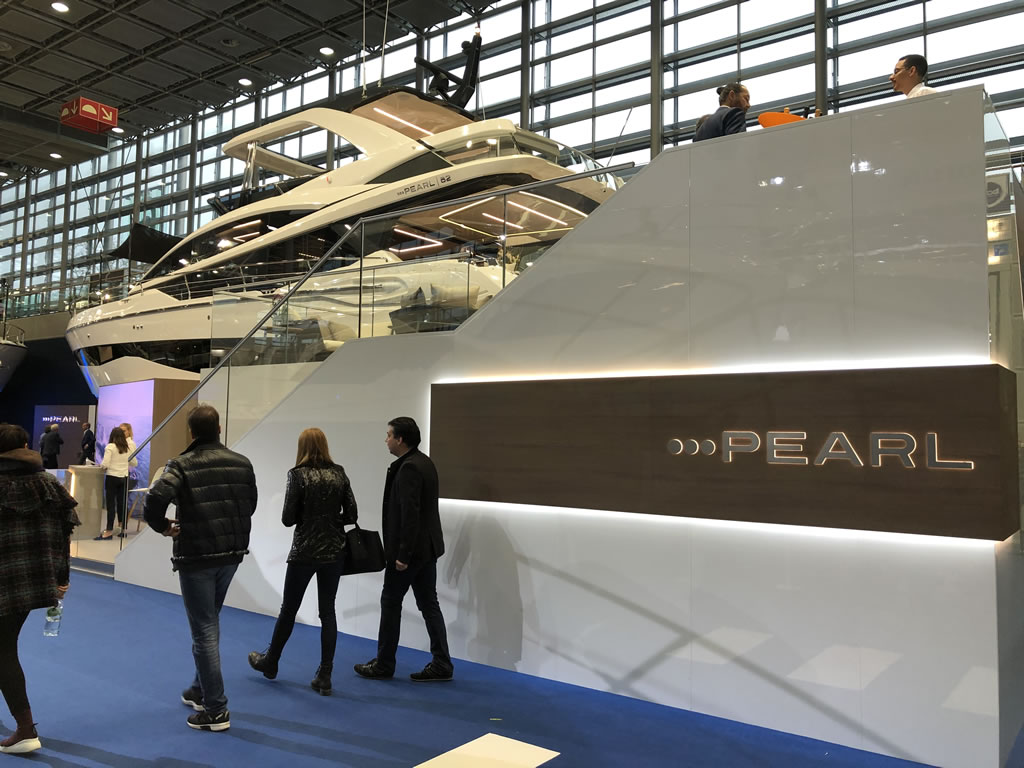 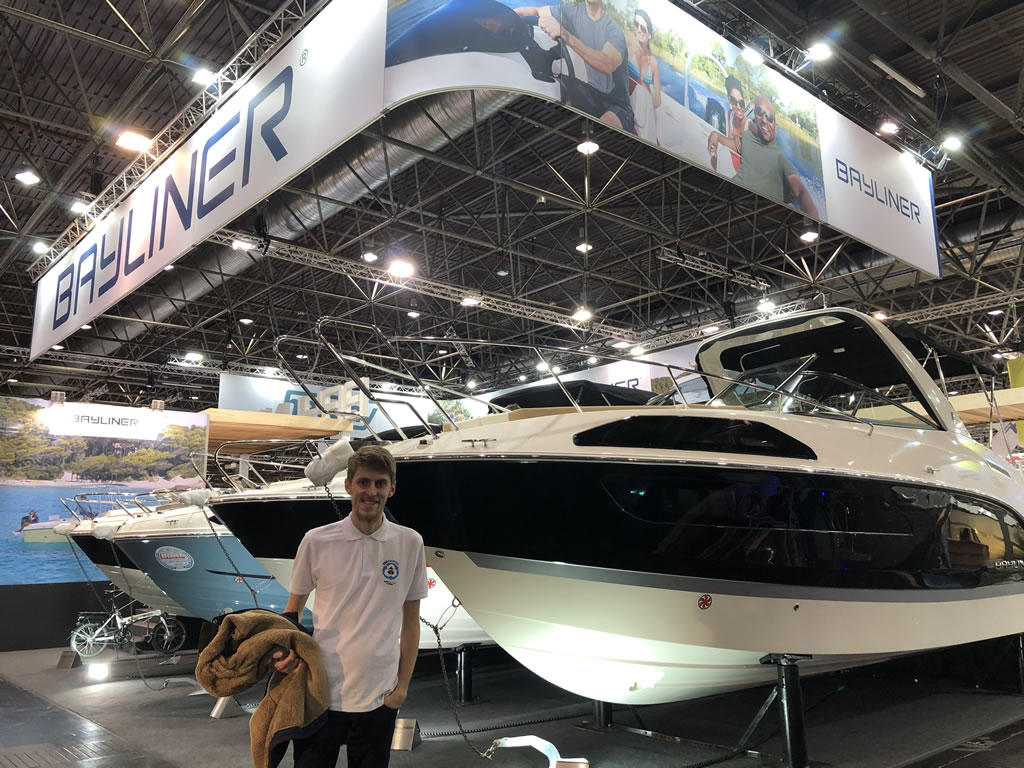 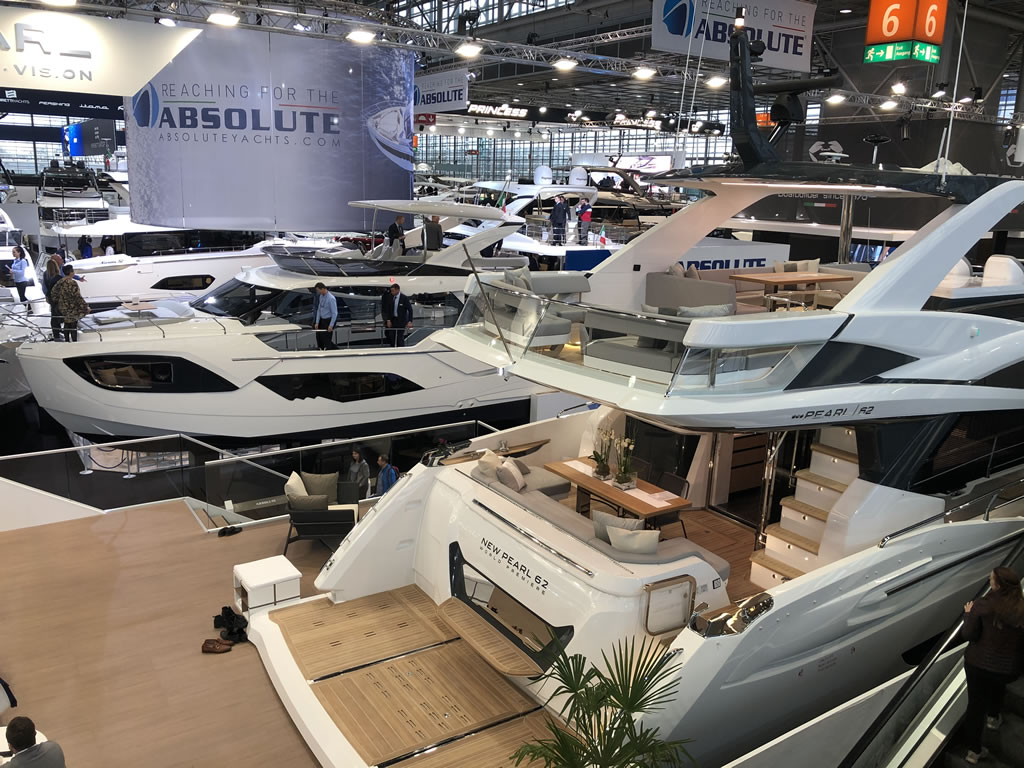 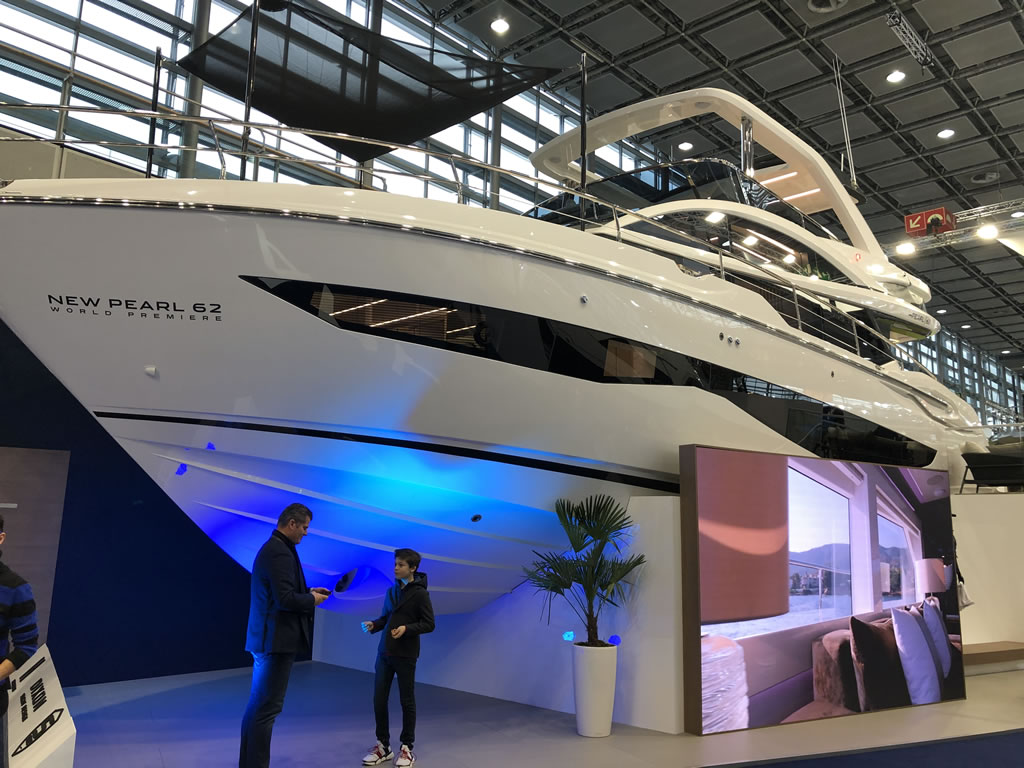 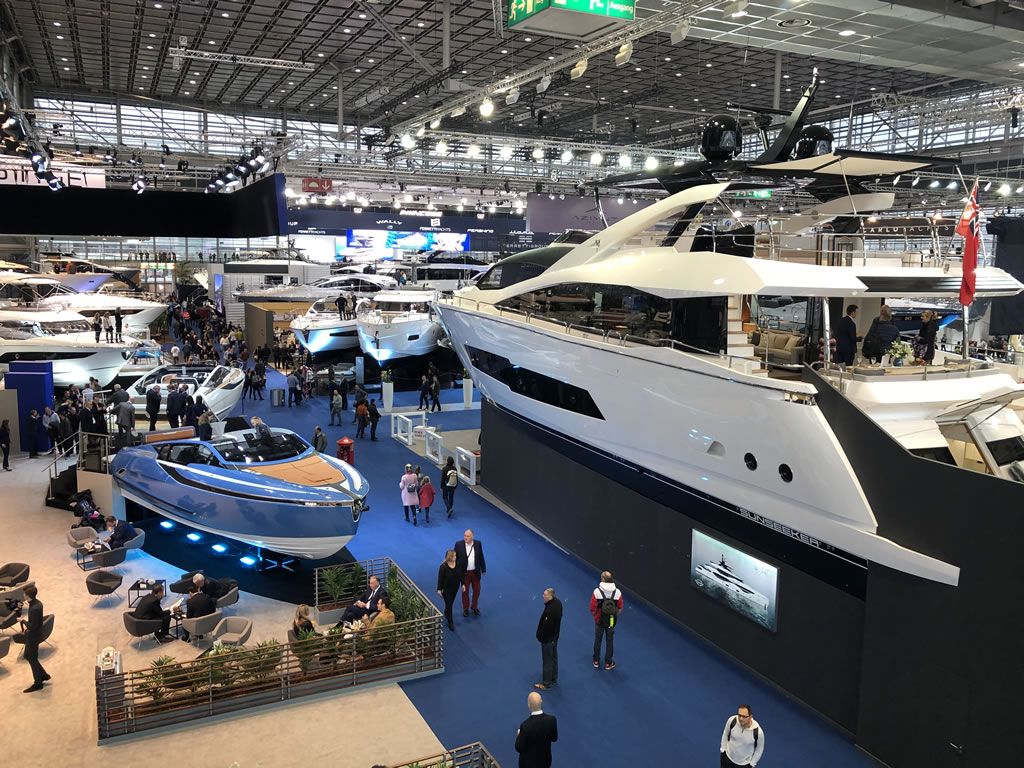 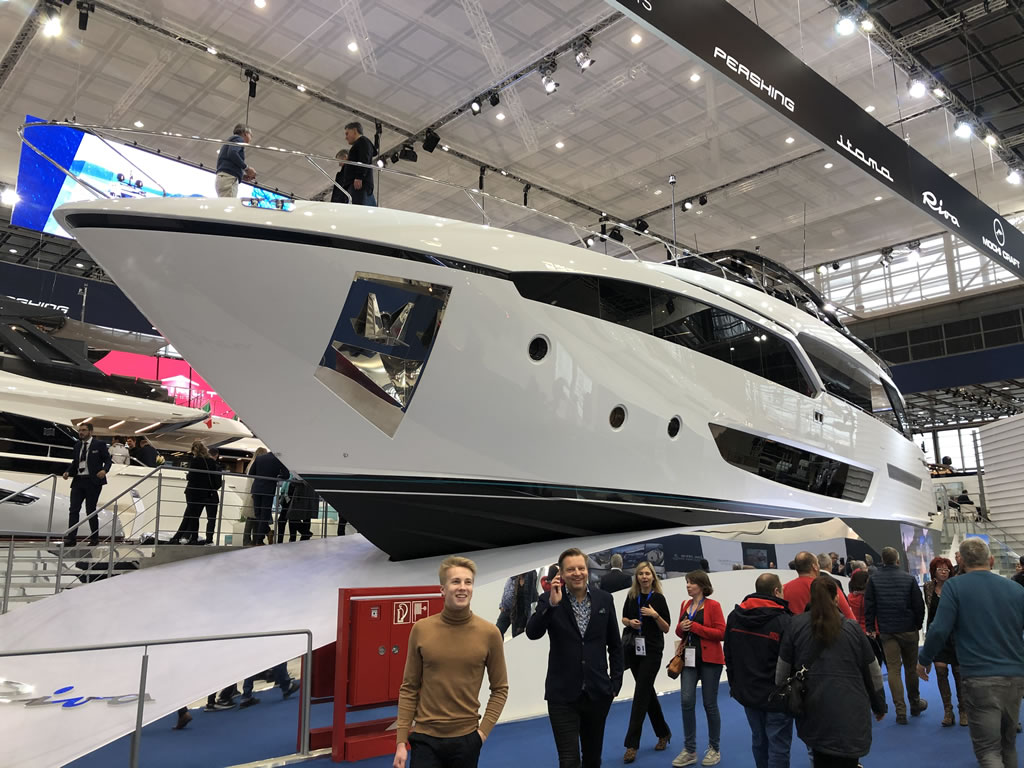 Because of the shows size they were able to offer really large interactive exhibits. For example the canoeing area had a river made up including trees and rocks to make it look realistic. The beach area had a large surf machine and water-sports display pool. It had a zip-line that people could be pulled along and show off their tricks.

Another cool idea was a boat simulator which used VR and a boat on a robotic arm to let people feel like they’re racing a boat around a circuit. 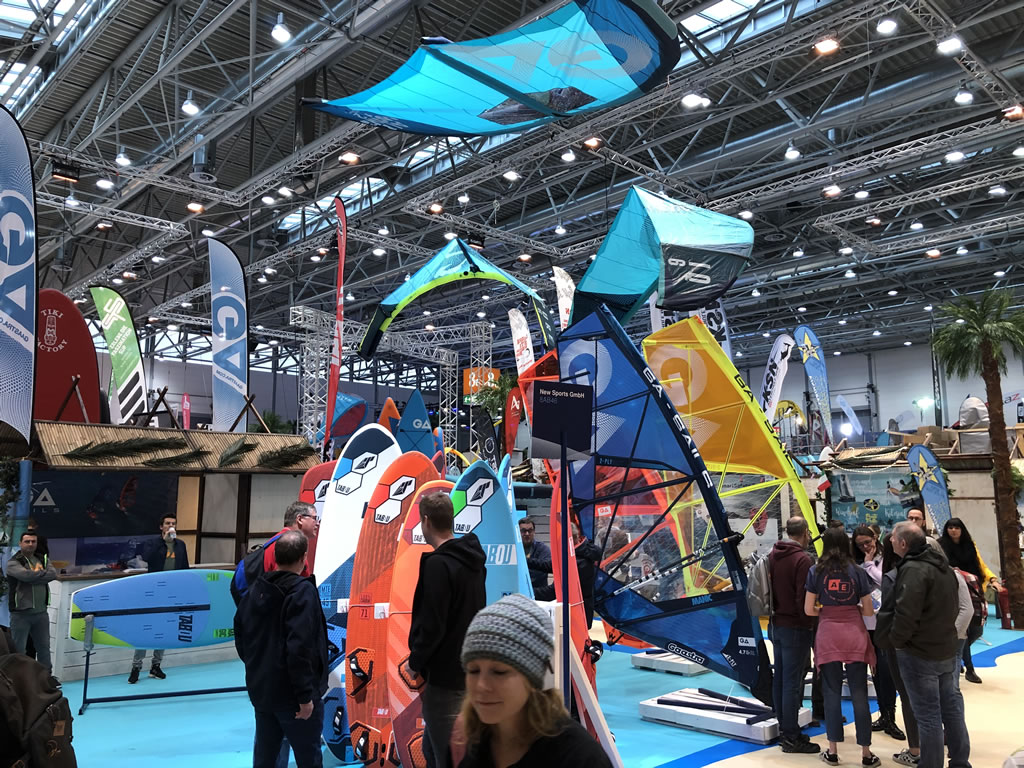 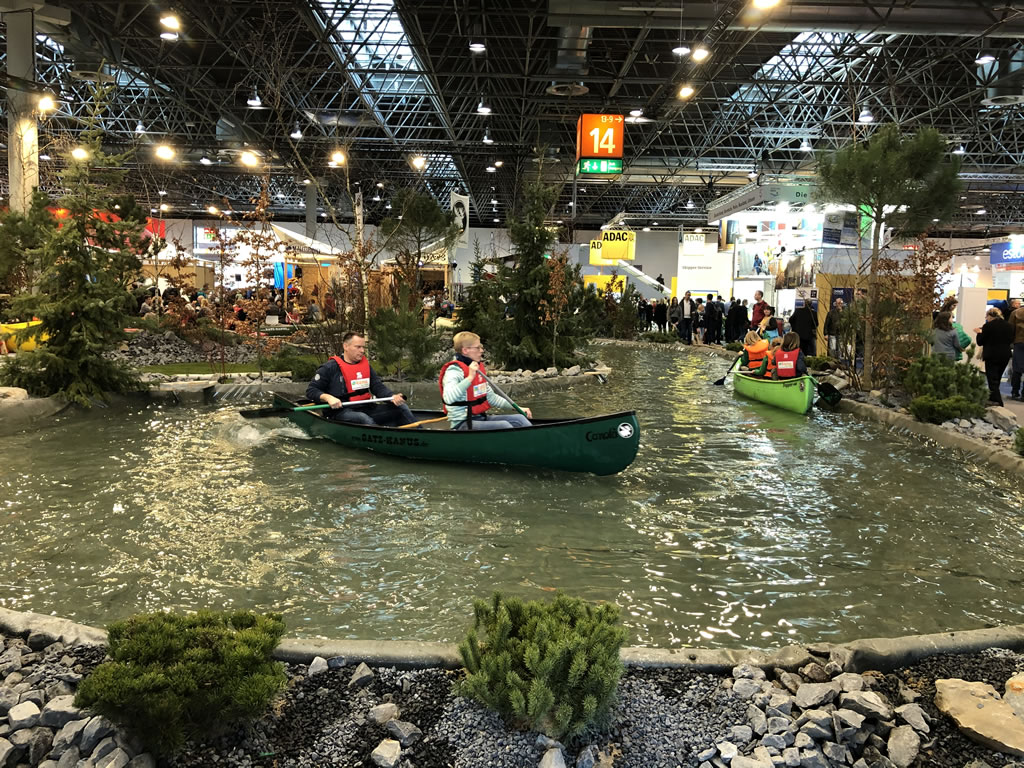 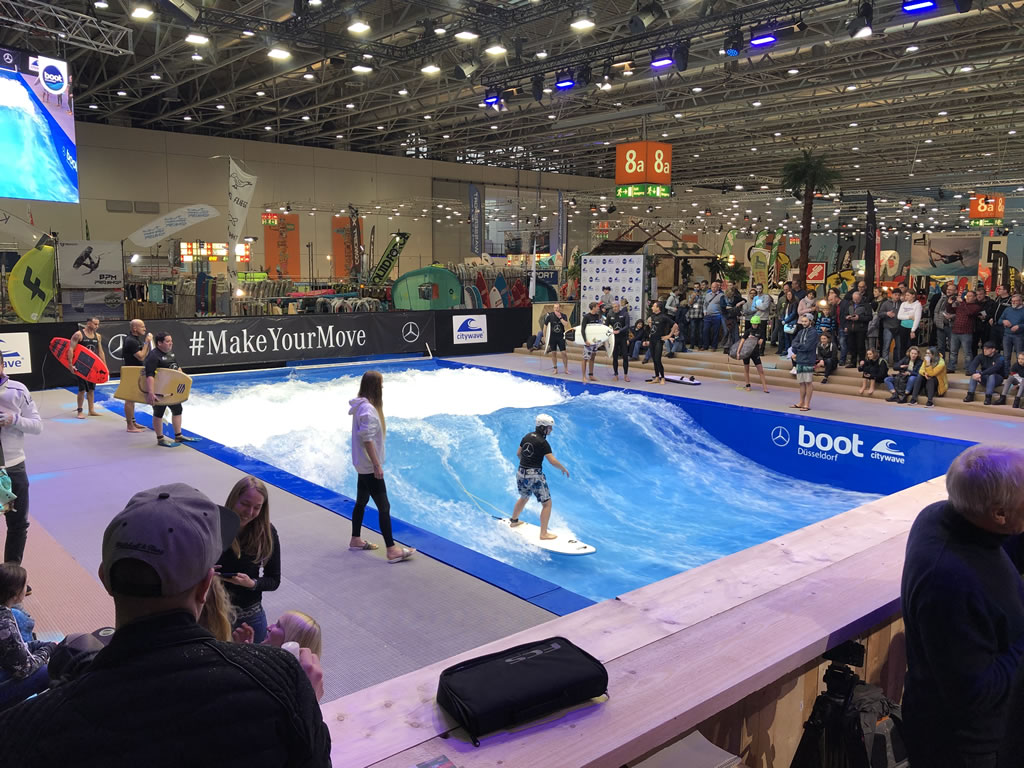 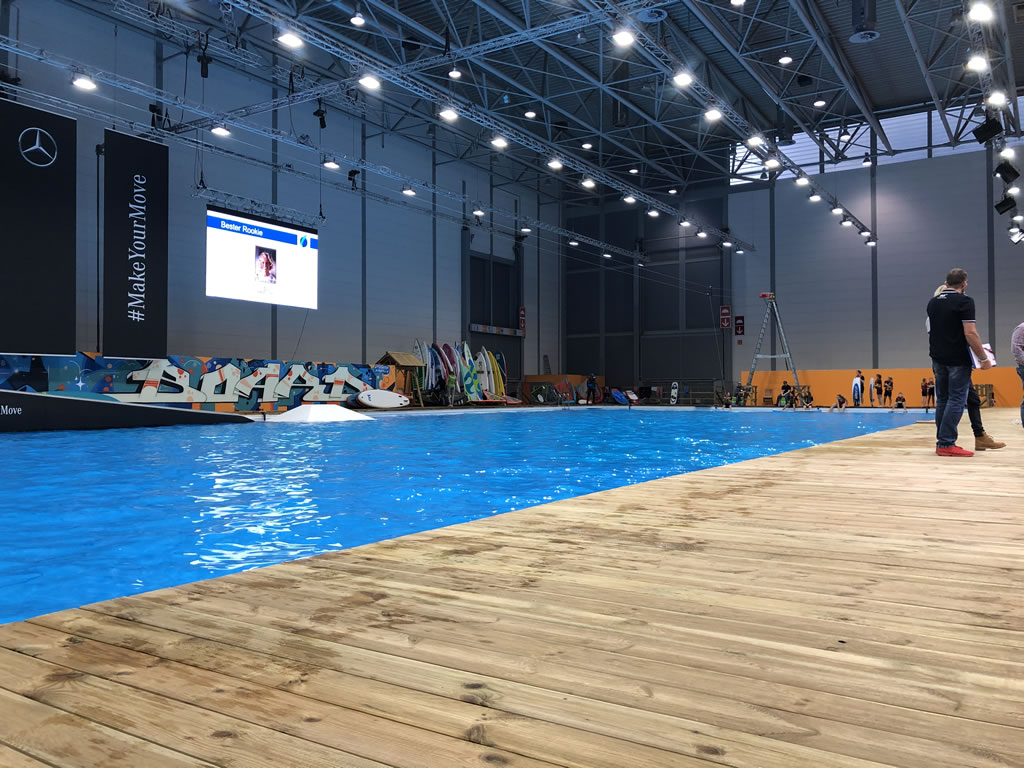 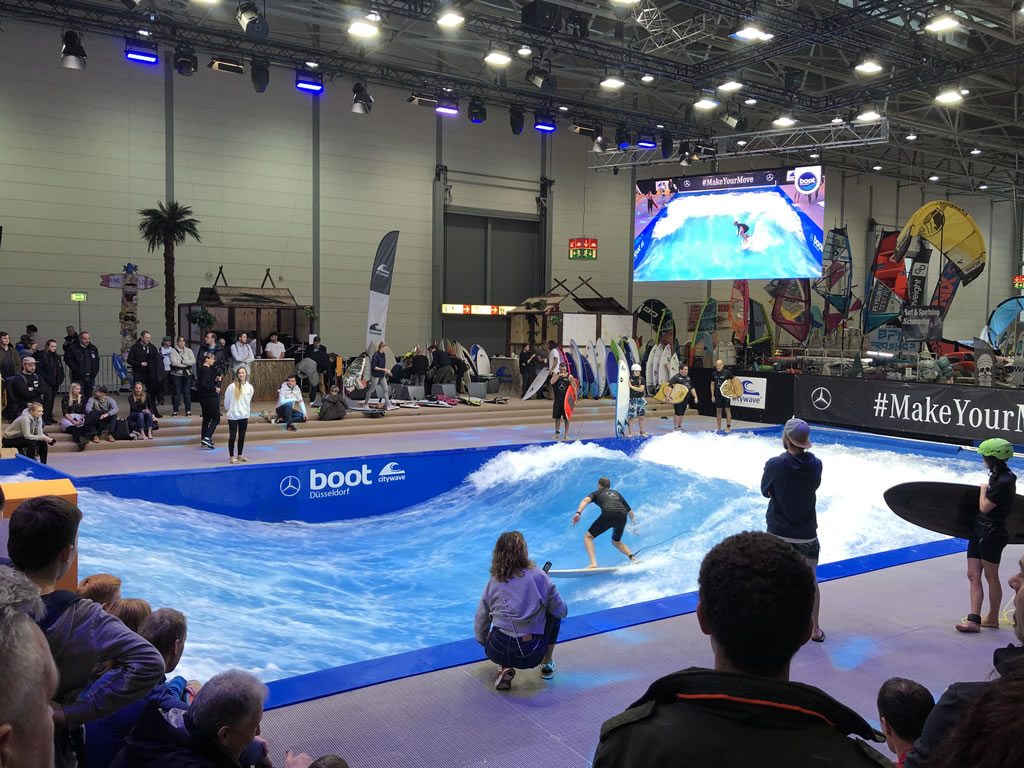 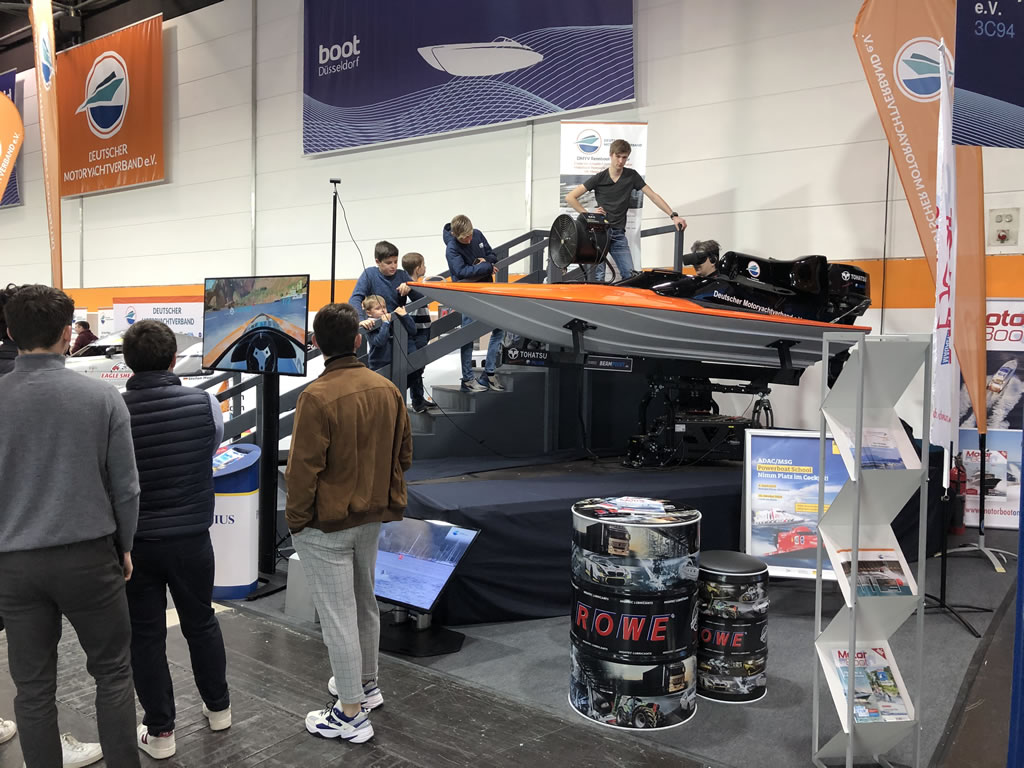 Our favourite feature in the beach zone was a converted wooden boat bar. In the wheelhouse was a double fridge and in the main deck area two guys busier making drinks. It’s an idea we have talked about before as some of the boats we chop up would make really cool pop up bars.

We’re sure that if such a bar was to pop up anywhere near the beach on a hot summer’s day it would do great business. Above all it would also be a great was to recycle or reuse the whole end of life boat once its days on the water are up. 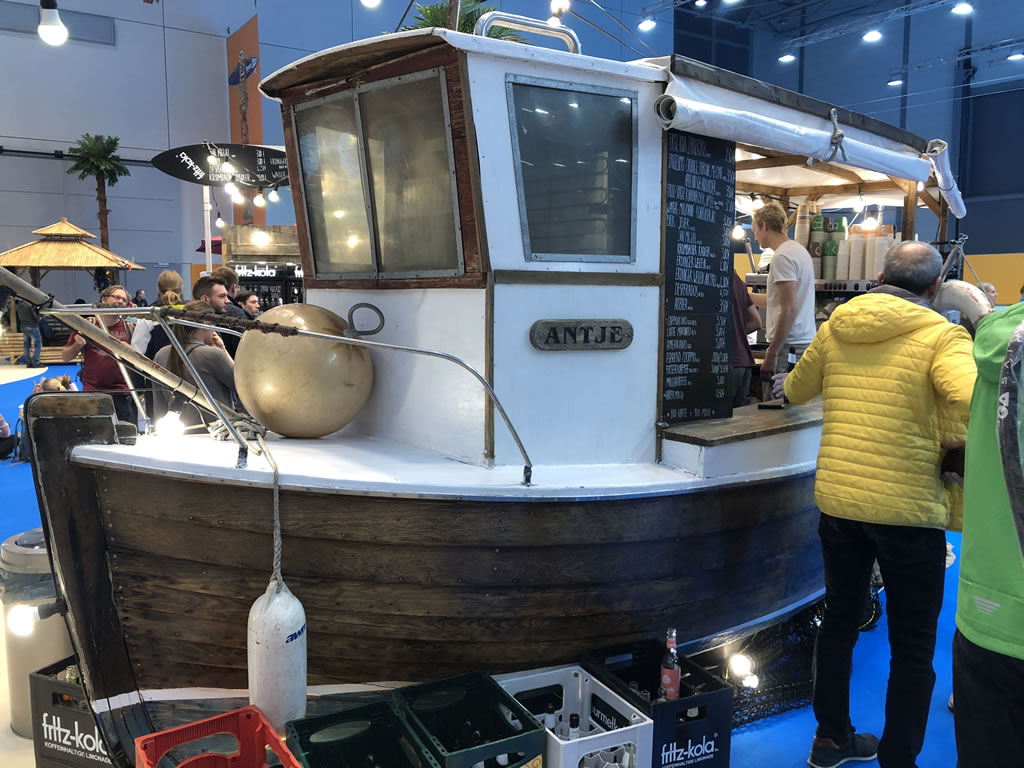 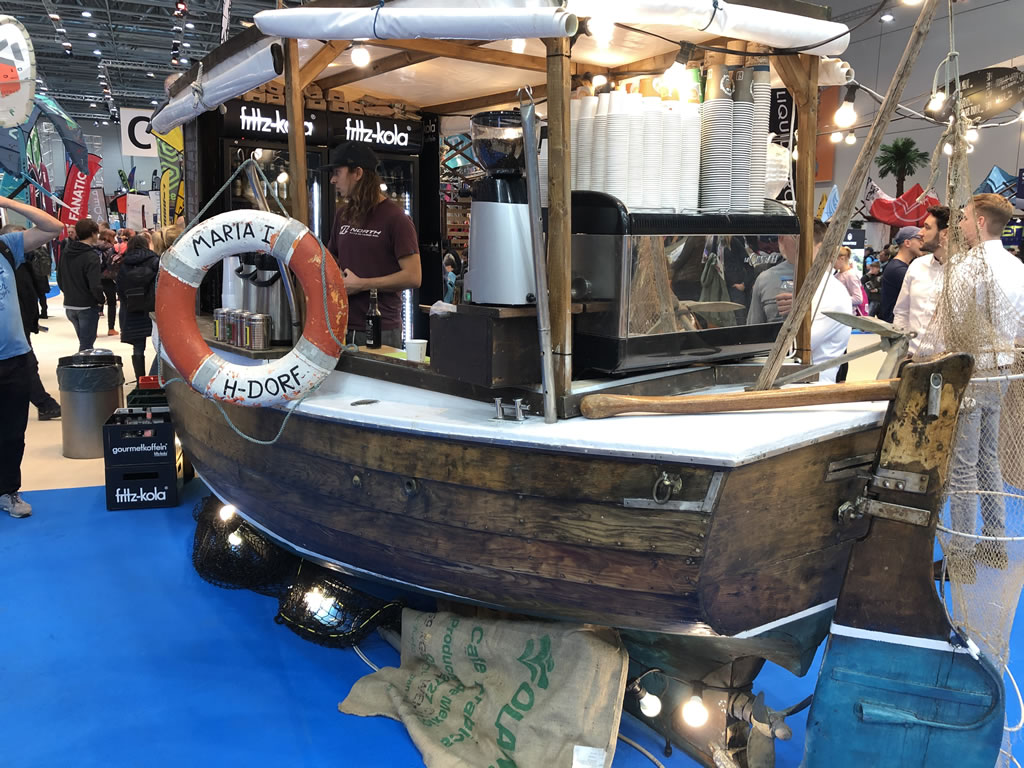 In between the large exhibition halls there was some boats on show with Haulage companies from Europe. For a second it felt like being back in the scrapyard in Portsmouth. There was a boat that looked to be laid over to one side. Although unlike at our yard the boat was just displaying a way that certain model can be loaded onto a trailer.

One boat that definitely felt very familiar was a project boat that was on display called ‘Outsider’. It was on display at the show to try and find someone to take her on and save her. But we thought it was a nice reminder in amongst the shiny new boats of the realities of how boats end up.

Other things we noticed that reminded us of home were, the new Land Rover Defender. Which in our opinion doesn’t look anything like how a Defender should! And we saw a display of Light Up charts which is something our friends at the Scrapyard was trying to produce a few years back. 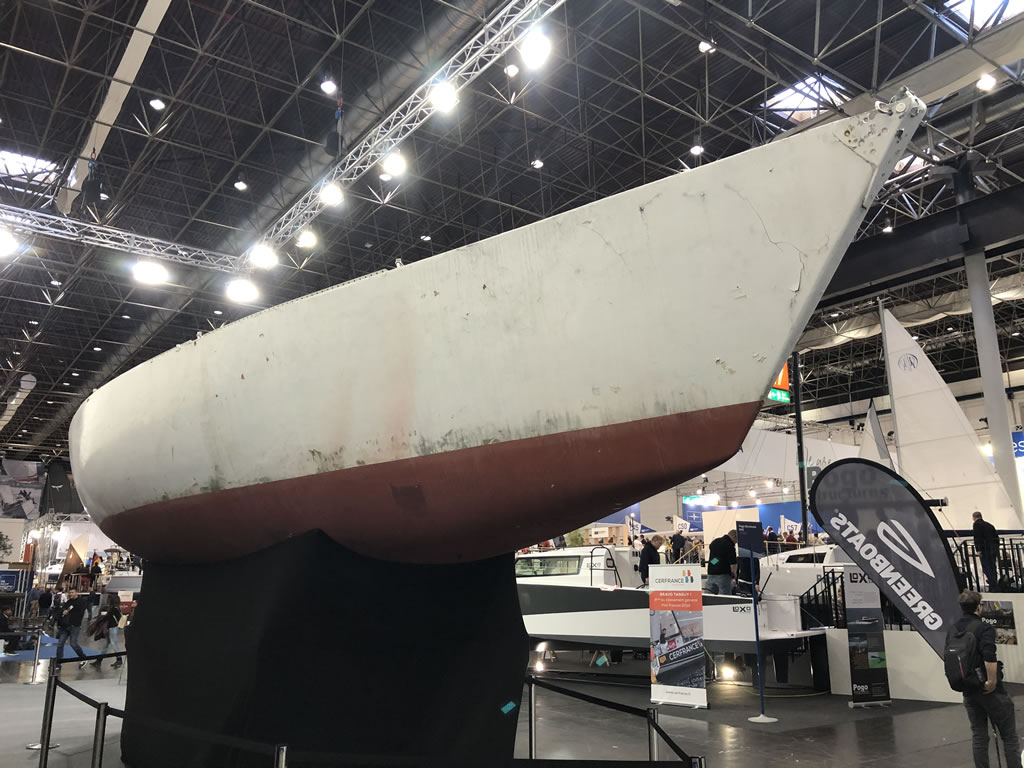 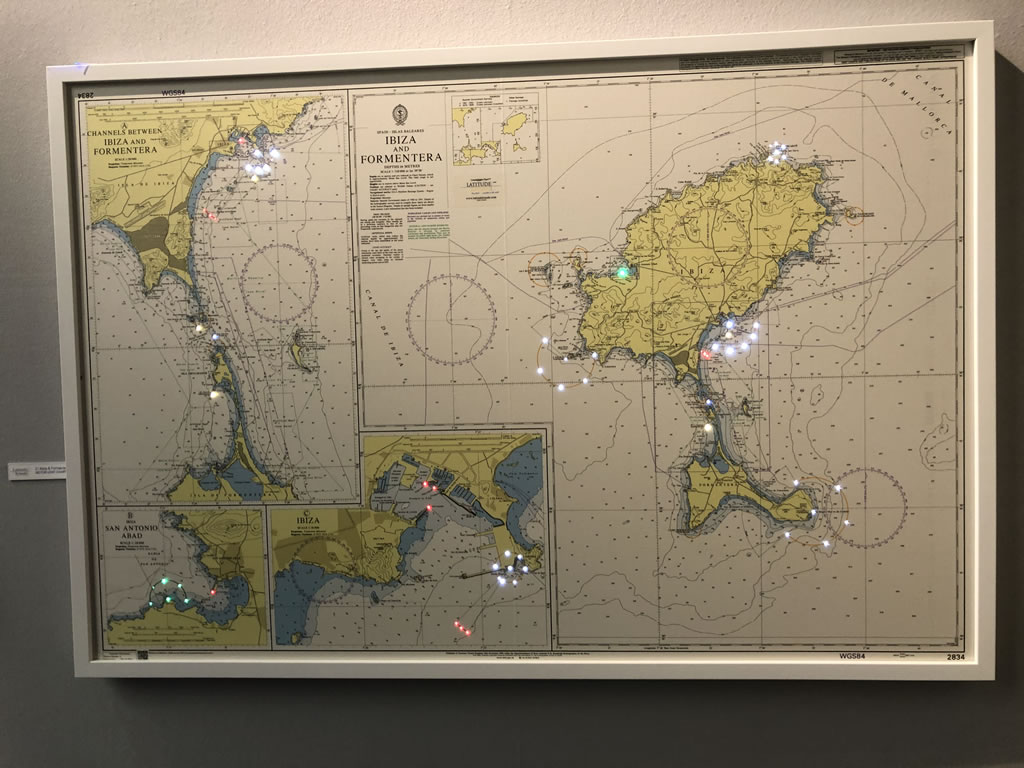 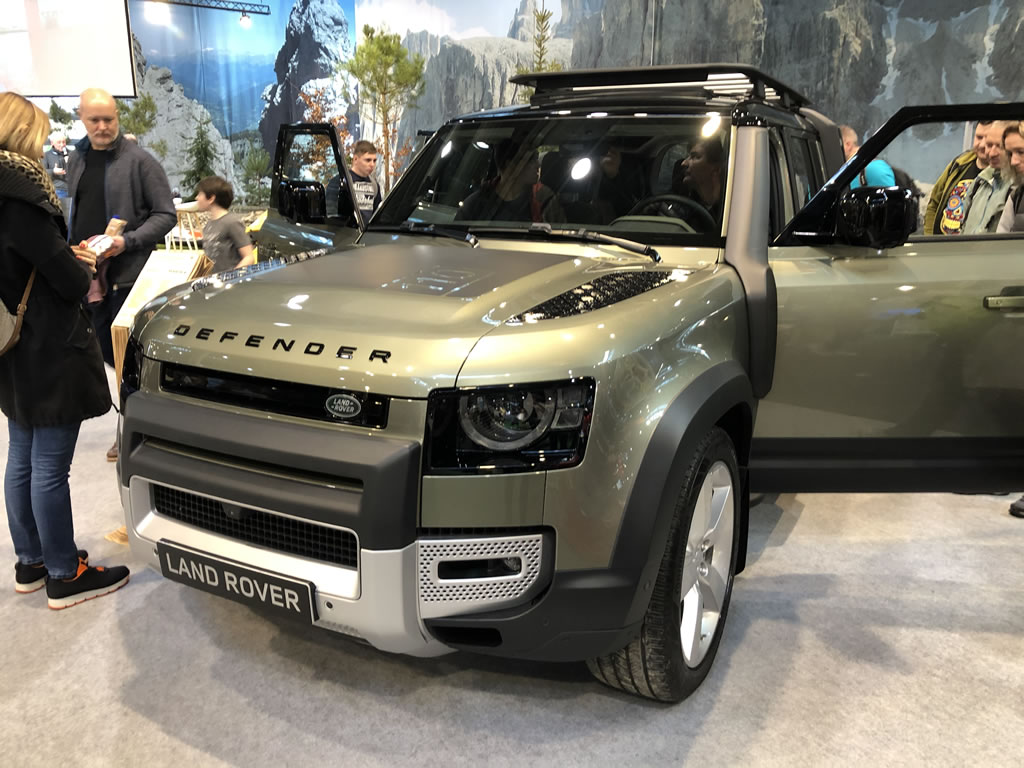 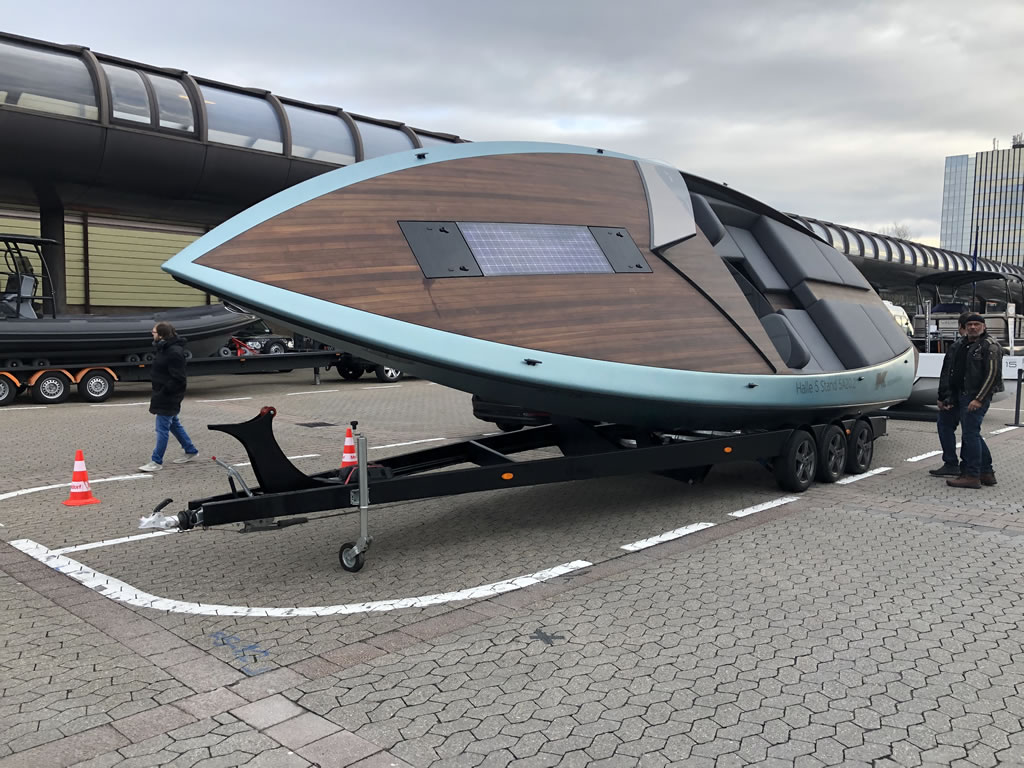 Boot Dusseldorf Around The City

Boot Dusseldorf is a huge show and we could see that all around town there were boaty people from across the world. We could see the impact it has on the city as all the bars were full each night we were there. Similarly the local shops also didn’t miss a trick as they had boat themed displays. The most high end store even had a Riva inside. 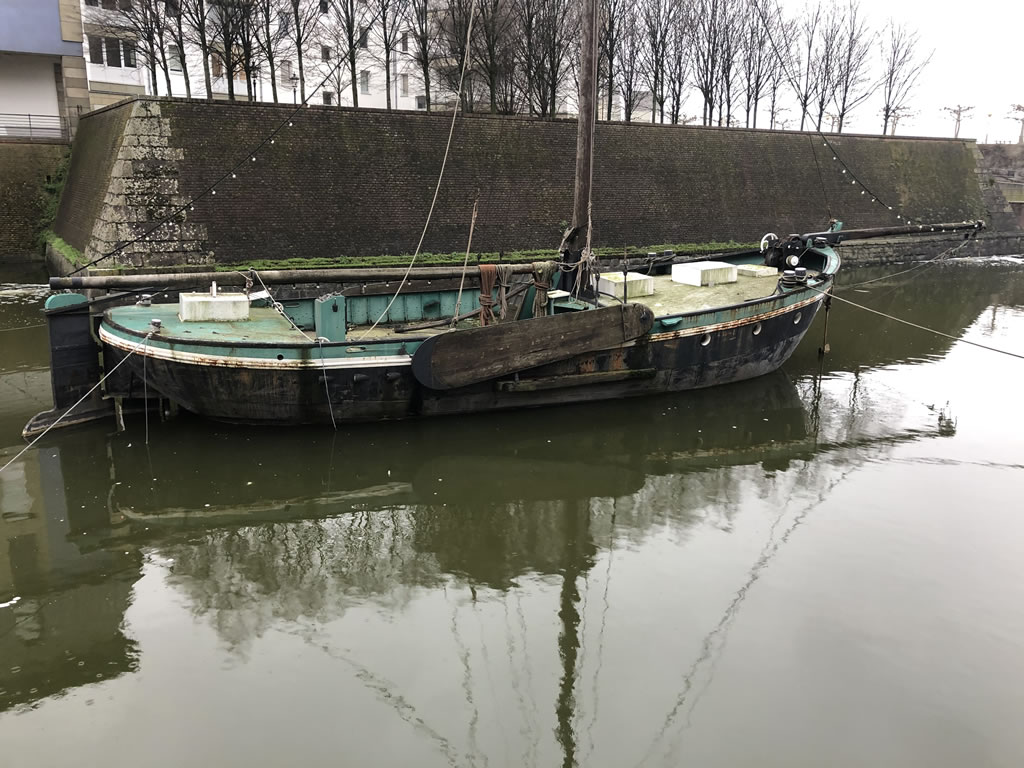 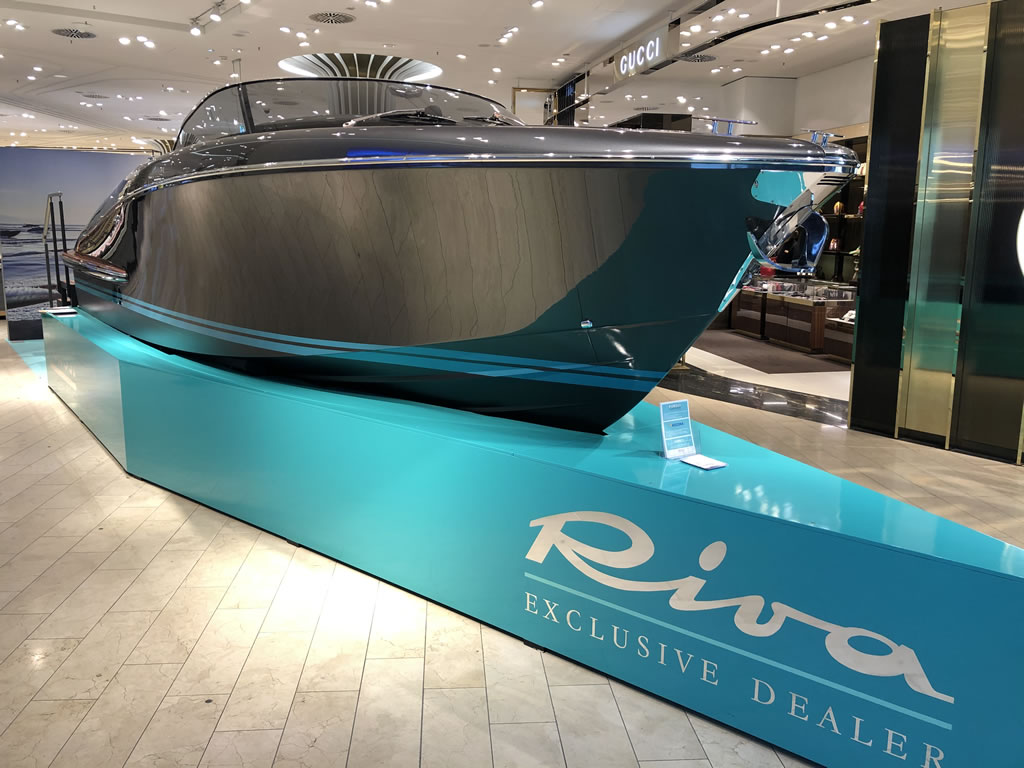 In conclusion the Boot Dusseldorf show was as we expected it to be. Choc full of the latest boats and tech but light on any mention of recycling. It was helpful to hear the opinions of the various insurance companies. Therefore we need to try and change their mindset from simply handing the problem back to the owner. In addition Boatbreakers feel that ultimately this could lead to lots of boats either being re-sold when unsafe or simply abandoned.

If you have a boat that you would like to recycle then please use our Scrap Calculator for a Free No Obligation Quote.