Skip to content
You are here:Home/Portfolio, Scrap a Boat, Scrap a Motorboat/Recovering a Sunken Motorboat in Plymouth.
Previous Next

Recovering a Sunken Motorboat in Plymouth.

The Boatbreakers team were asked by an insurance company to come and remove a motorboat that had broken free from her mooring, washed up on a beach and been tied up against the sea wall in Plymouth.

Each boat we are asked to recover always present different challenges. The biggest challenge this time was how we were going to get the boat which was either sat on a stone beach at low tide or at high tide floating against the sea wall with no place we could safely get down to her.

In our office in Portsmouth we used Google maps to formulate our plan. There was access to the small section of beach via a side road which had a slipway at the end. The plan was to drive down early to Plymouth, with a boat trailer, blow up dinghy, oars, rope and tools. We even had a full immersion suit just in case it needed one of the team to take a dip. Then at high tide row out to the boat, tie her to our rope and then gently pull her across to the slipway before winching her onto the trailer. All very straightforward…

However, when the team got down there after a three-hour drive the boat was nowhere to be seen. After some calls to the former owner he was adamant that the boat should be where everyone expected it to be, but with the tide up there was no sign.

The team went to have a look from the closest point to the seawall where the boat was supposed to be waiting and sure enough there she was, about 4ft under water. After the initial sigh of relief that we did have a boat to collect and that the journey wasn’t wasted our thoughts turned to how we would recover the wreck.

Our plan didn’t change too much but it was now going to be more challenging to get the rope attached to the front of the boat. With two former Royal Navy sailors in our team it wasn’t long before a lasso technique was used to grab hold of the boat and we were away.

We had to also cut away the mooring lines that were also submerged using a saw attached to a boat hook. Once the team had managed to pull the boat close to the slipway/trailer we attached the winch and pulled the boat clear of the beach. We were worried that we’d then have the job of bailing the boat out which was completely full. But to our delight as the boat came above the water line it was clear she was self-bailing after the damage she had taken from the week rubbing up and down a sea wall.

With the boat on the trailer and emptied of any seawater, lunch was in order before the long drive home to Portsmouth where the boat was crushed up and disposed of on arrival. 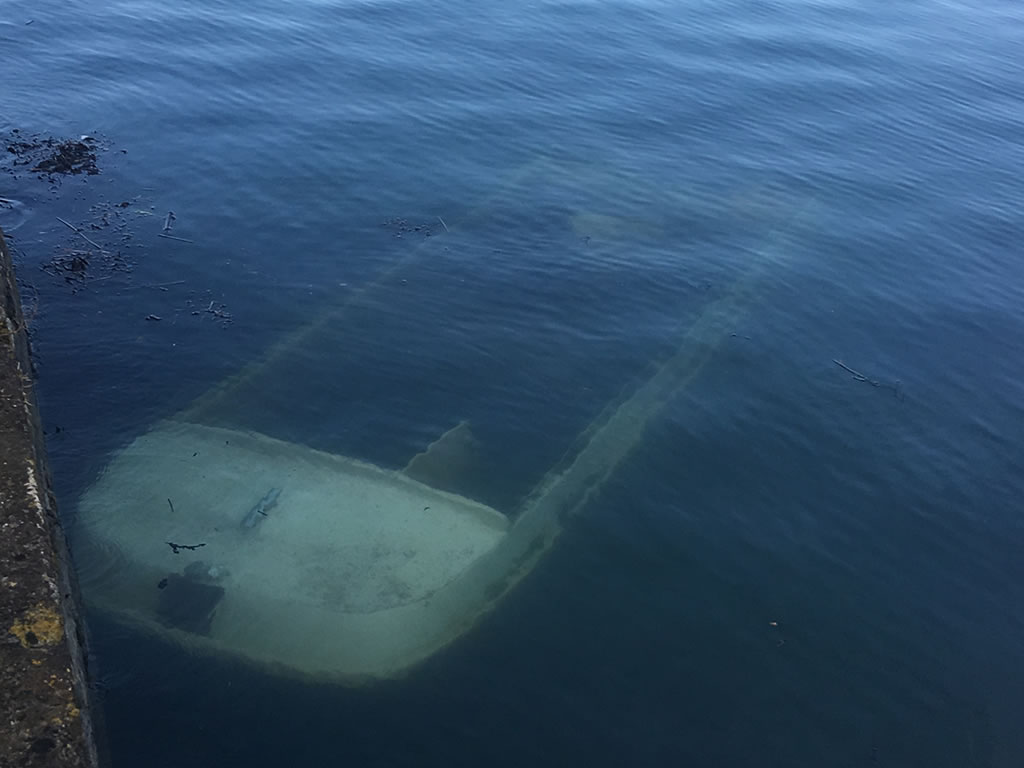 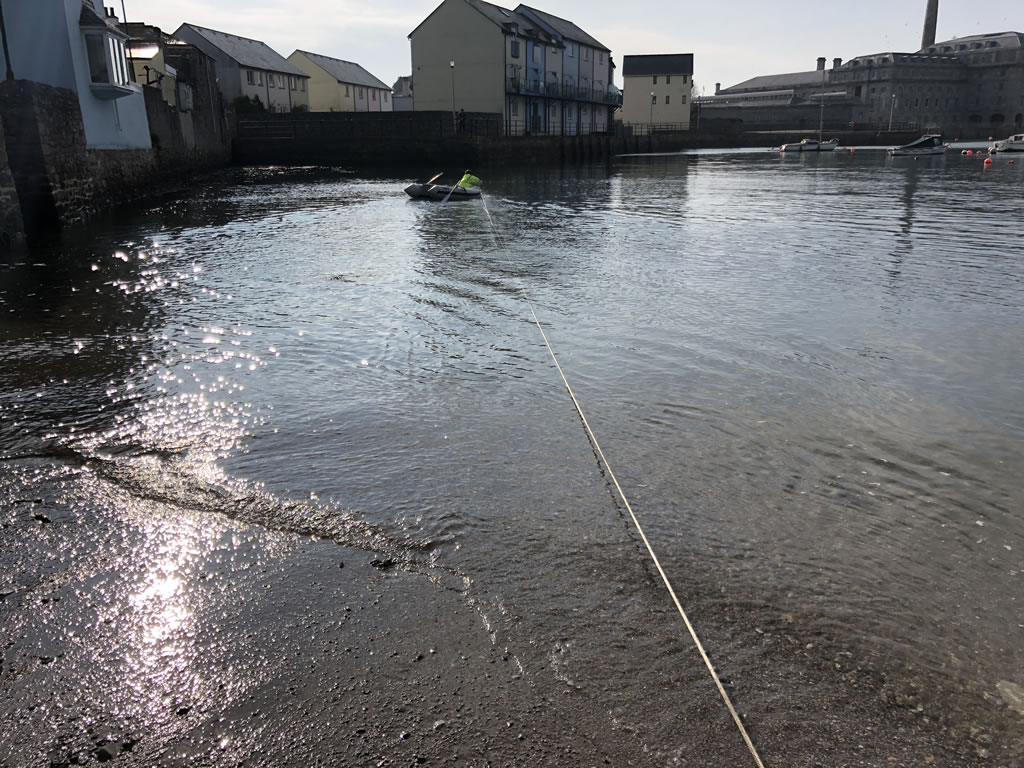 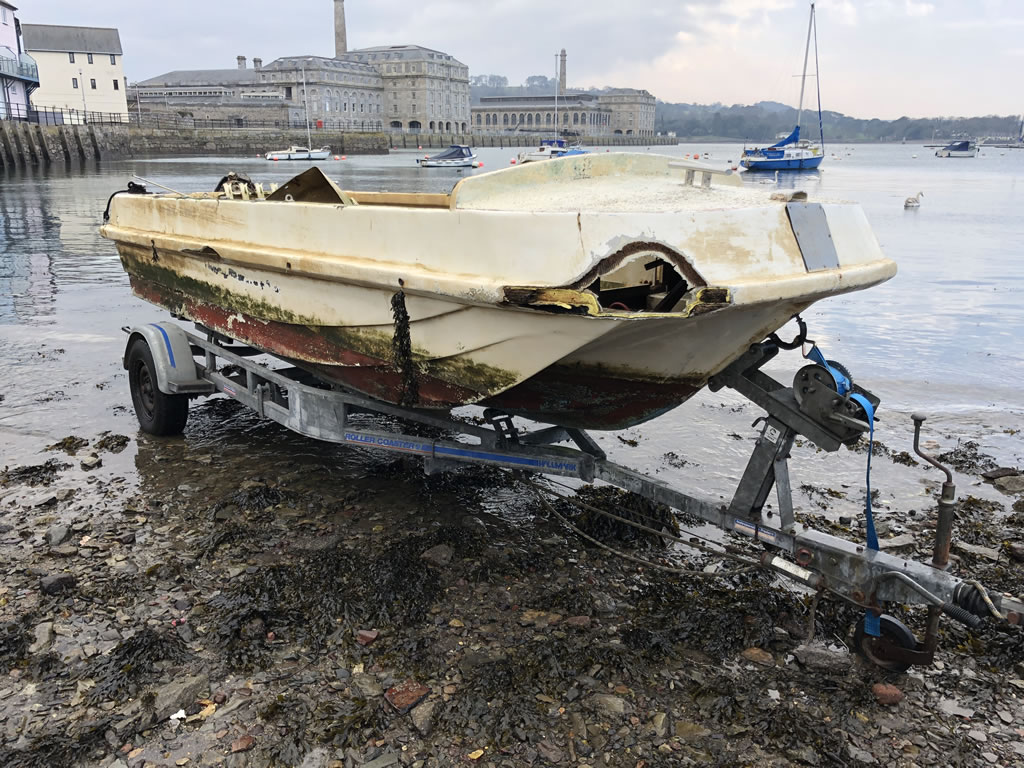