Skip to content
You are here:Home/Portfolio, Scrap a Boat, Scrap a Yacht/First of 2016: Wooden Yacht Scrap (January)
Previous Next

With New Year’s resolutions fresh in people’s minds we are always busy in January. It seems on mass boat owners decide that now is the time to do something about the boat that has been sat on the driveway or abandoned at a mooring.

Our first scrap boat of 2016 was a 23 foot wooden Yacht that hadn’t seen the water for almost 20 years. In the early nineties the boat was housed in a cradle on the owner’s driveway. Originally the plan was to keep her out for the winter season and then have her back in for the following summer. However seasons came and went and sadly the boat began to fall foul to the elements. As the boat was wood and not GRP it was well past the point of being a project boat that someone could have restored.

Just before Christmas 2015 the owners came to talk to us about the possibility of removing the boat. We then sent one of our team to visit the location in Hampshire to carry out a full risk assessment and also to assess whether the boat could be lifted onto transport to be broken up in a different location. It soon became clear that with the limited space available on the driveway and the surrounding trees it was best to cut the boat up where she sat.

The next day the Boatbreakers team assisted the residents with clearing their garage for no extra charge. Included were a number of boat related waste that the owners no longer needed, these included: anchors, fenders, rope and the original wooden mast. So not only were they soon to have a clear driveway but also a decluttered garage.

Now the site was ready to go, our team of breakers were in early to begin the process. First of all a large cover was placed on the driveway to assist with collecting debris from the boat. Our team were also head to toe in protective gear with high-vis jackets, goggles, gloves, ear defenders, and steel toe-capped boots.

Our Boatbreakers team made the first cuts around 8:30am and by 3pm the Yacht was in a nice neat pile of boat parts to be collected by our grab lorry. The lorry scooped all of the boat waste with relative ease but the Yacht’s keel was still too heavy to be lifted in one go. One of our team soon had the keel cut in two and after a slight delay the rest of the yacht was loaded and ready to go.

As the yacht waste wasn’t Fibre Glass (GRP) the metal and wood from the boat can be recycled. If the yacht was made from GRP the waste fibre glass would have had to go to landfill because at present there still isn’t a fixed use for unwanted GRP.

Once the boat and surrounding supports had been totally cleared our team set about clearing the site completely. Soon enough you would never know a boat had been sat there for all that time.

If you have a similar boat or yacht that has become a long standing feature on your driveway or in your garden, give us a call on 023 9298 4666 and we’d be happy to help. 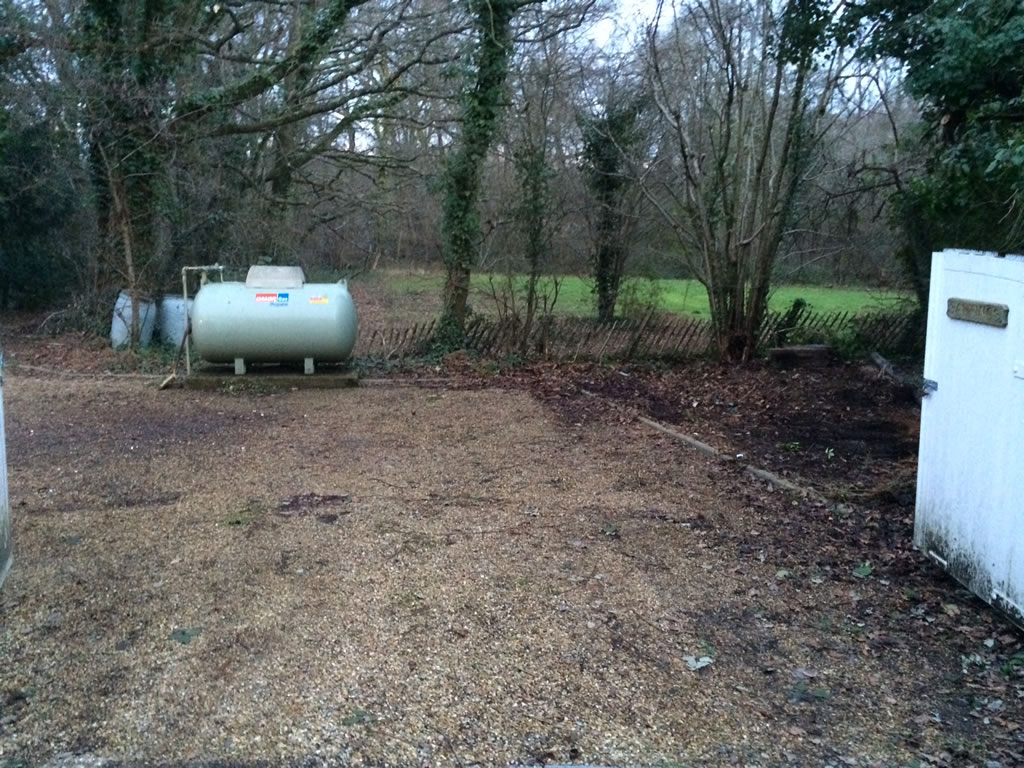 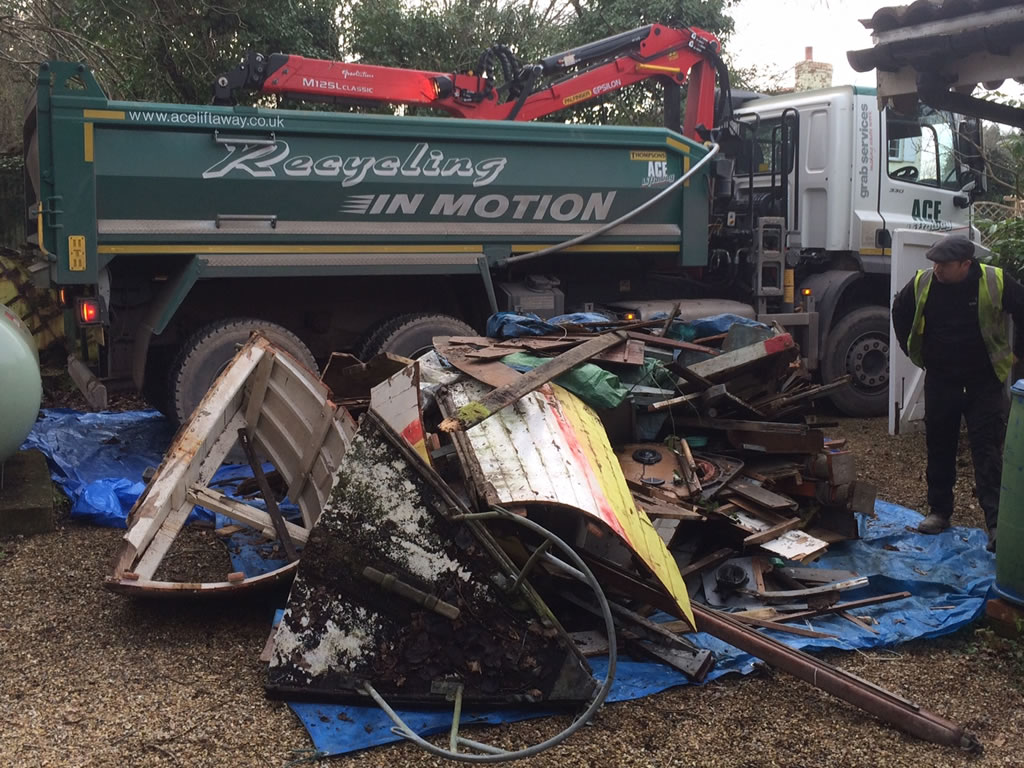 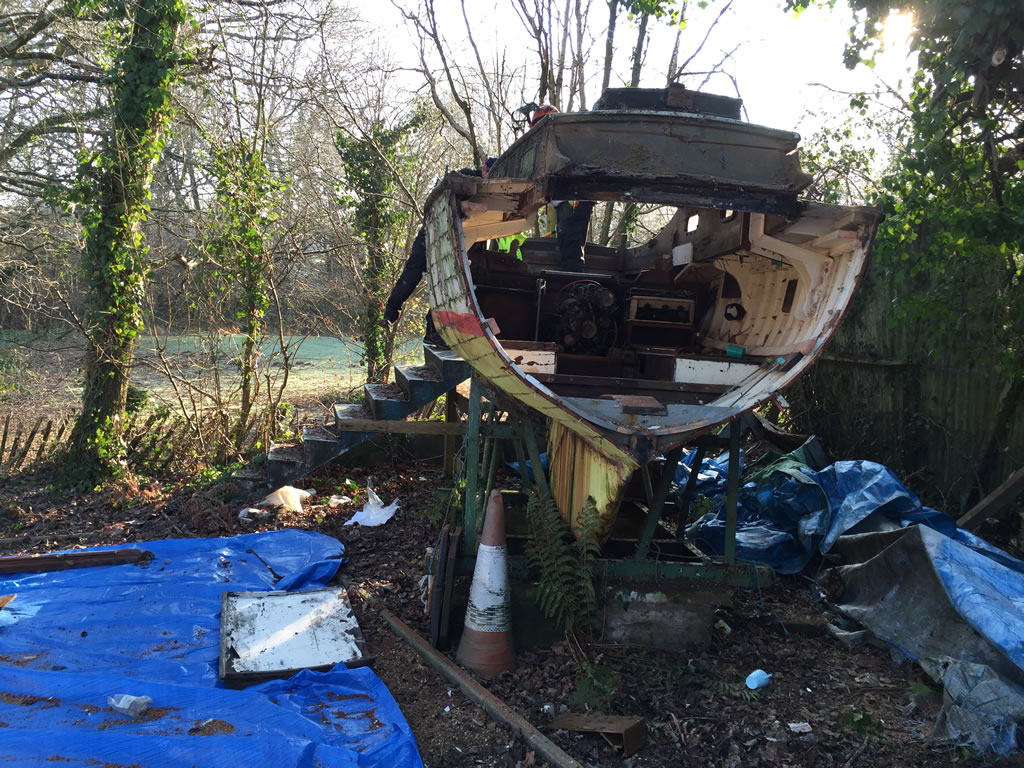 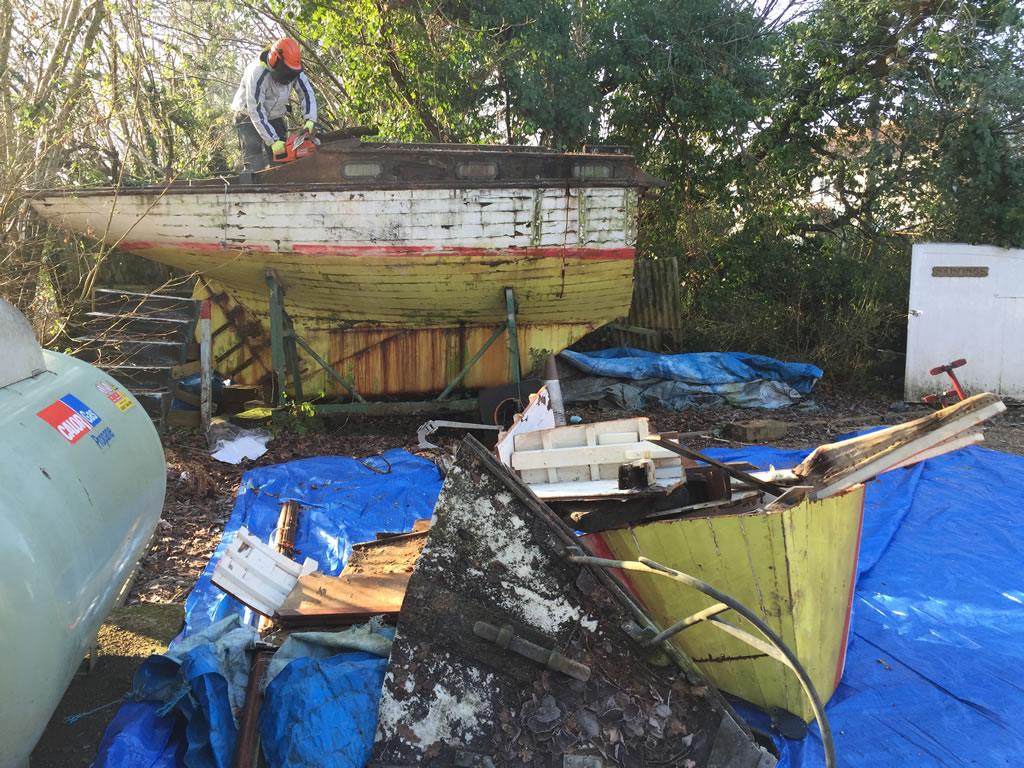 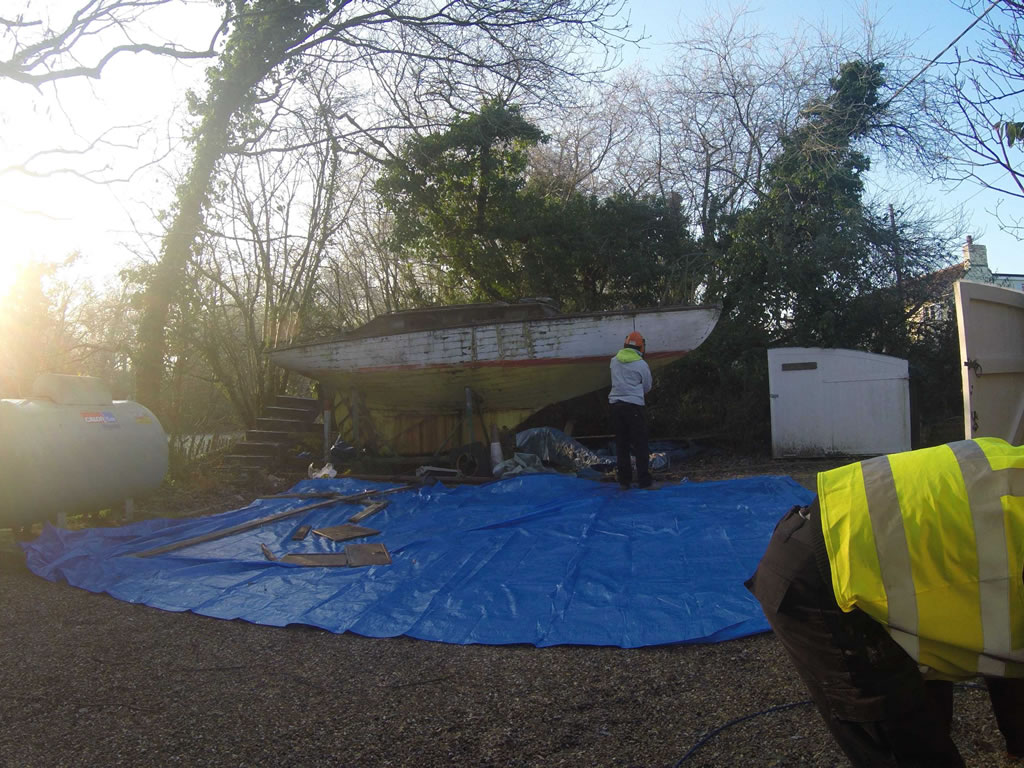 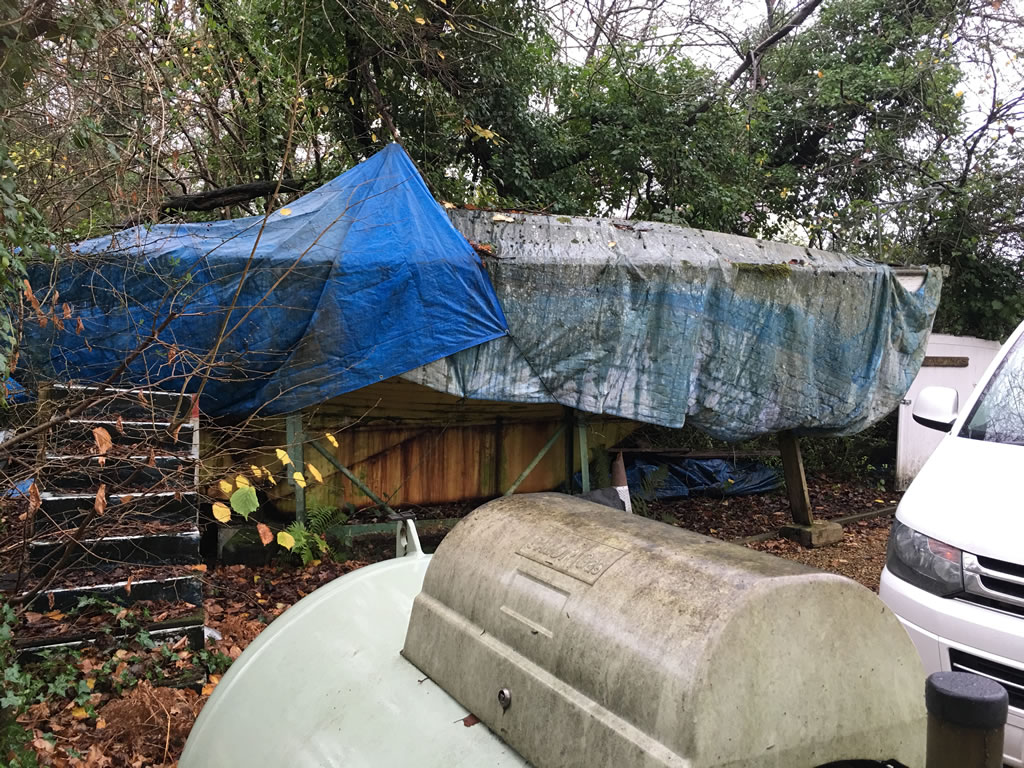