Skip to content
You are here:Home/Portfolio, Scrap a Boat, Scrap a Yacht/Boat in a field Marine Recycling in Kent
Previous Next

Boat in a field Marine Recycling in Kent

Trip to Kent for a boat in a field

A boat in a field provided a change of scenery for the team last week. Our most recent boat scrap job seemed to be a simple one on the surface. It was an old yacht sat on a trailer in a field in Kent.

The field was down a private lane which can usually spell trouble for access. In this case usually our team would use Google Maps to make sure we could get close to the boat. However, because it was a private lane this wasn’t available.

From the satellite view on Google Maps we could see that the boat was close to the entrance of the field. Also, the owner had told us that there is no gate to the field so access should be easy. Famous last words!

The plan was fairly straightforward, we would take a trailer to the field then winch the boat onto it. The only problem we could envisage was the ground being too soft after the rain we’d had. This can sometimes be a problem as vehicles often sink into soft ground.

When we arrived close to the private lane entrance Luke ran ahead to check access. This was to stop us heading down the lane and not being able to turn around somewhere.

Field on a Hill

As Luke got to the entrance of the field it quickly became clear that Google Maps hadn’t given us the whole story. The field and entrance to it were on a hill. A grassy overgrown hill at that. It was instantly clear that getting the trailer close to the boat would be the first issue.

Once Steve and David got to where the boat was they quickly realised this problem too. We then looked at the boat itself it was surrounded with overgrown grass weeds and thorns.

This wasn’t much of a problem as we could easily cut them away with the knives we had taken. However the biggest issue then revealed itself. The trailer the boat has been sat on had completely disintegrated. This meant that the bilge keel yacht was going nowhere. We couldn’t even hook the boat on the truck and pull it out of the field forcefully, as the trailer would’ve just fallen apart.

Stuck in the Field

The yacht quickly became the first-ever but we’ve had to reject collecting. Though our team would never leave an owner in this position and we came up with a plan to send a team of people to chop the boat on site. We would then load each piece of the boat into the trailer waiting on the lane.

After speaking to the owner we learned that the boat had been sat there for close to 30 years. So it’s no surprise that there wasn’t much of the trailer after being open to the elements.

With the new plan in place the team made light work of chopping the boat. It was a shame to have a wasted journey the first time around. But it did mean we could use that as a site survey and prepare properly for our return. 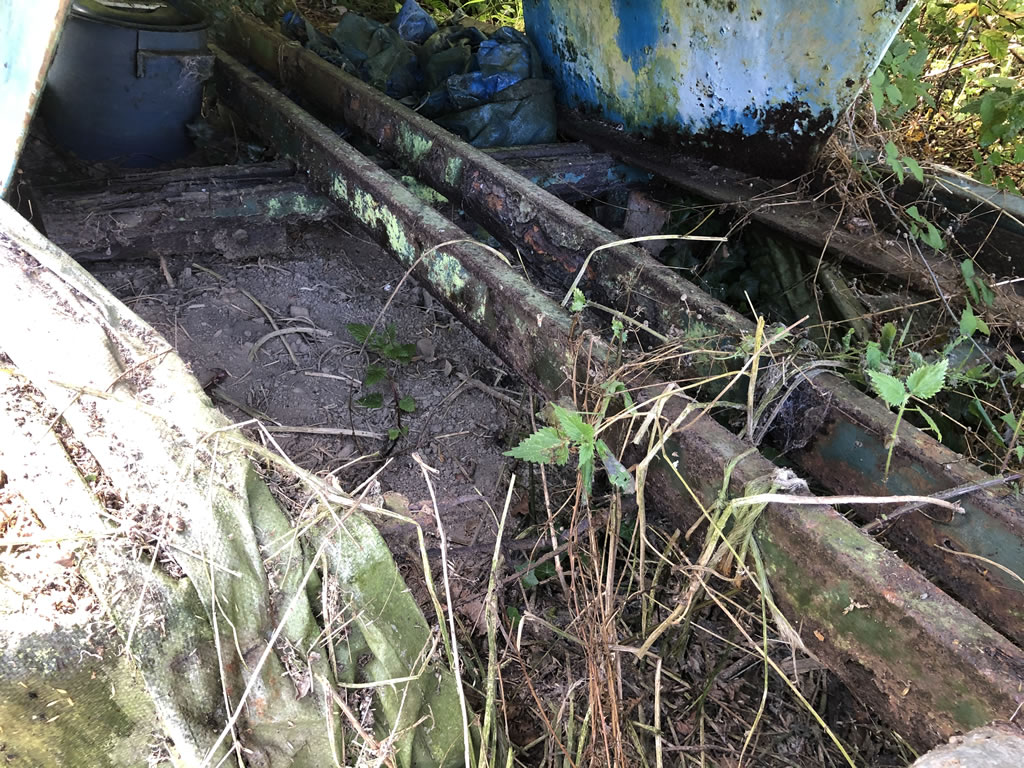 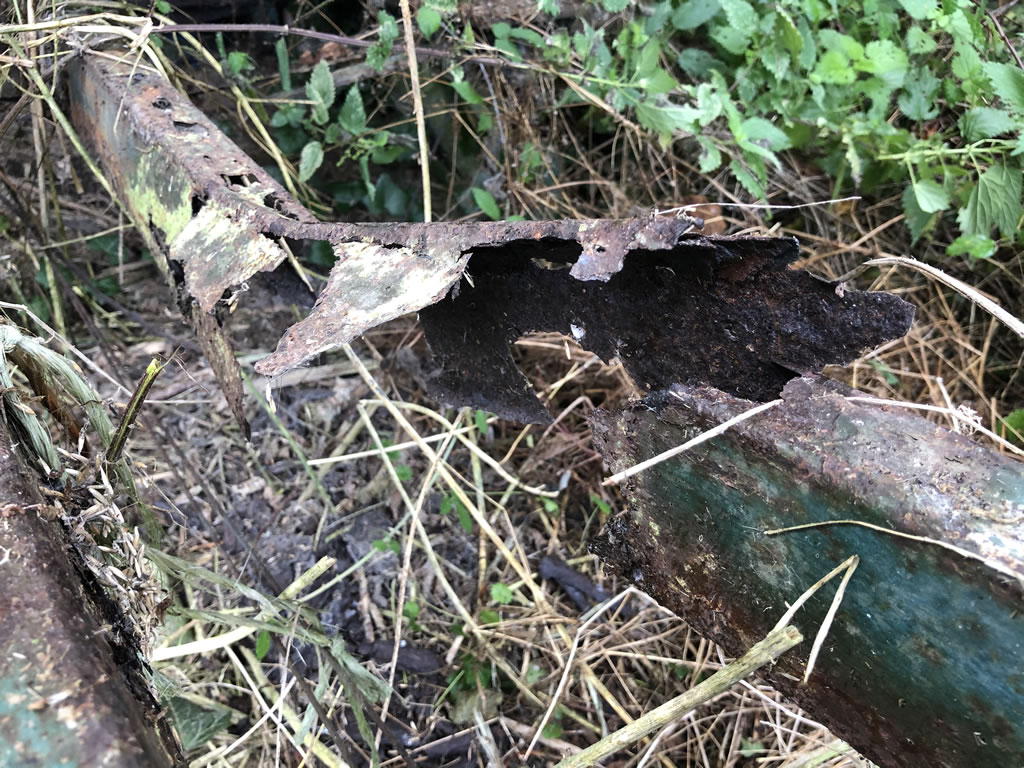 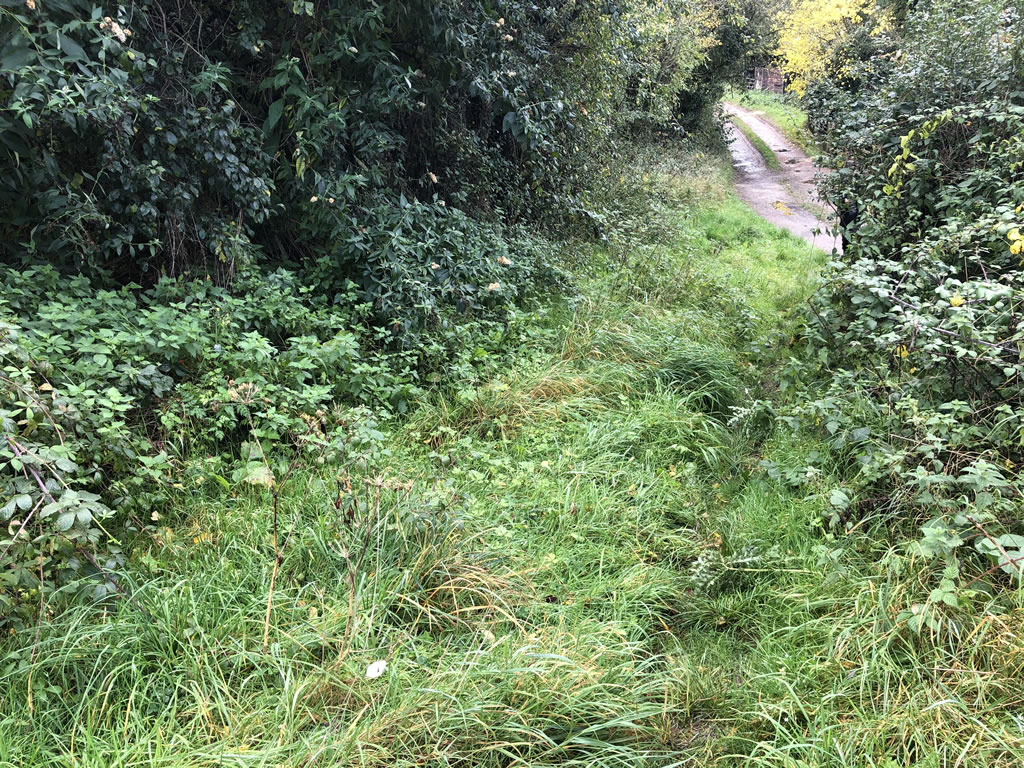 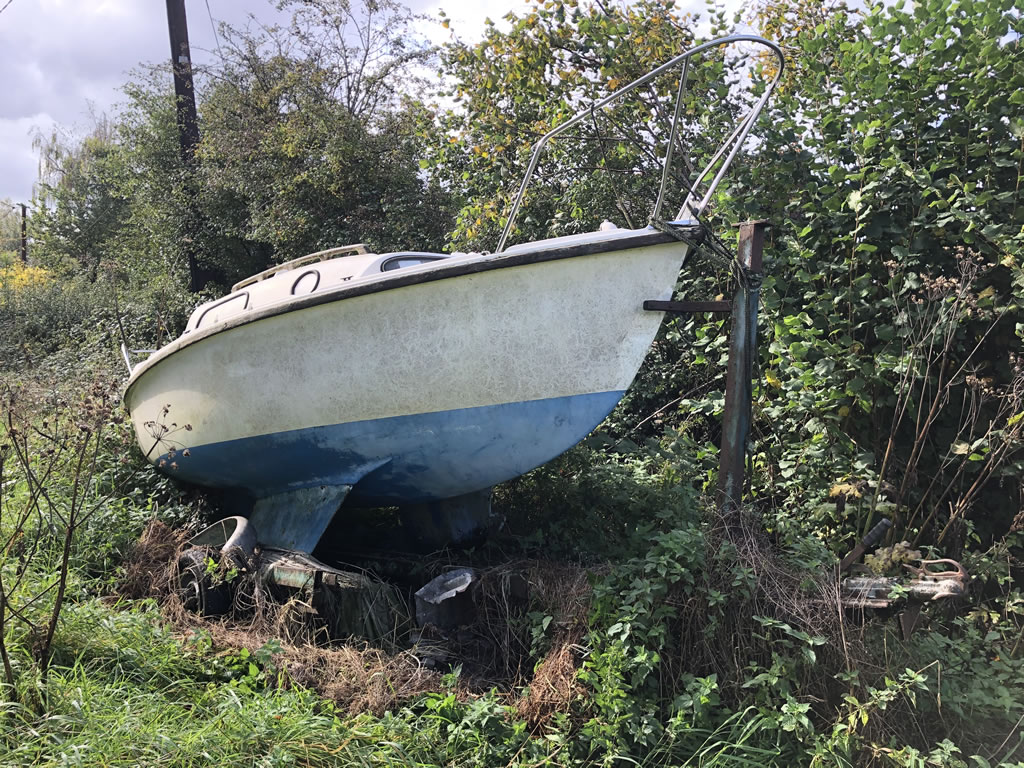 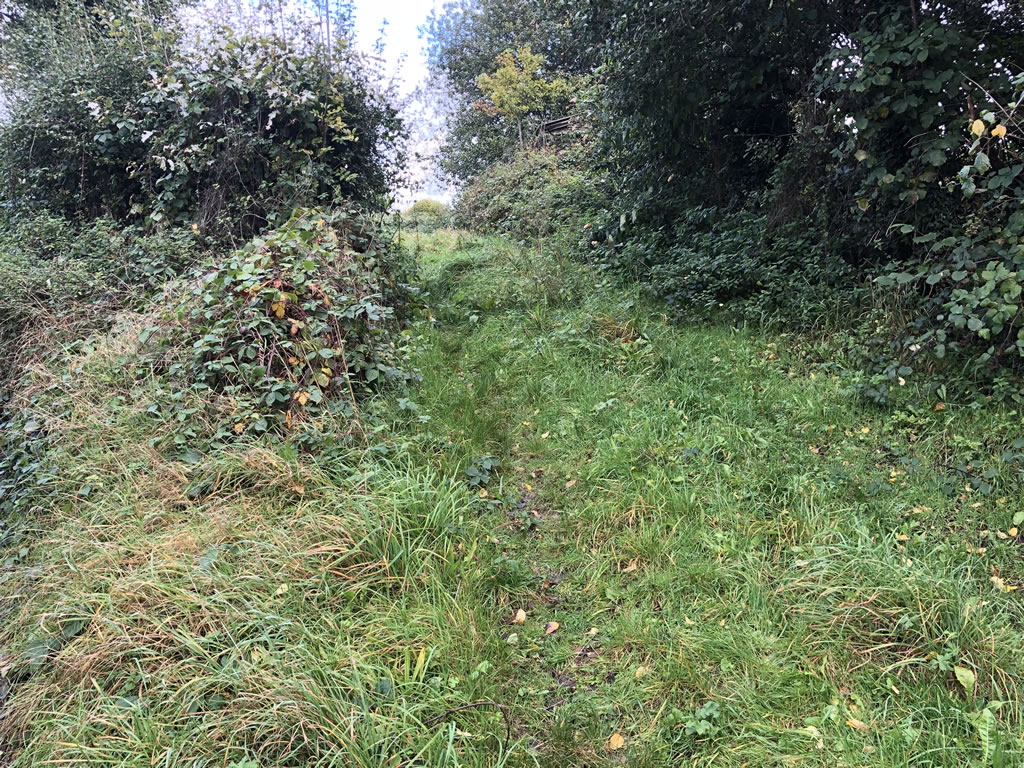 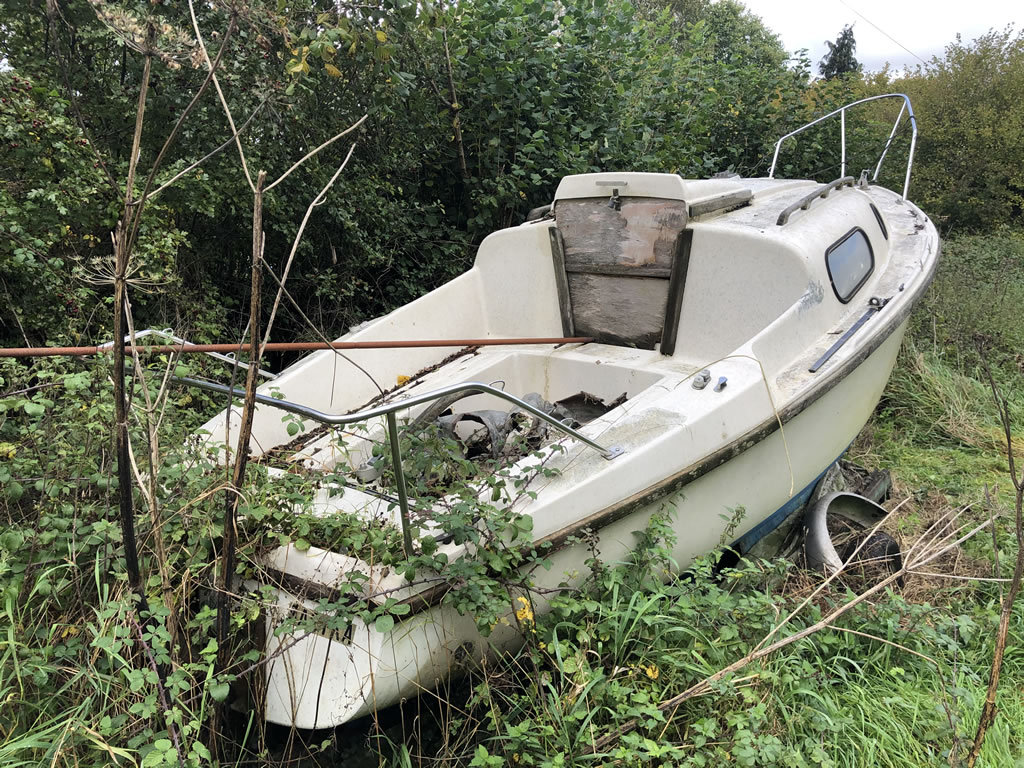 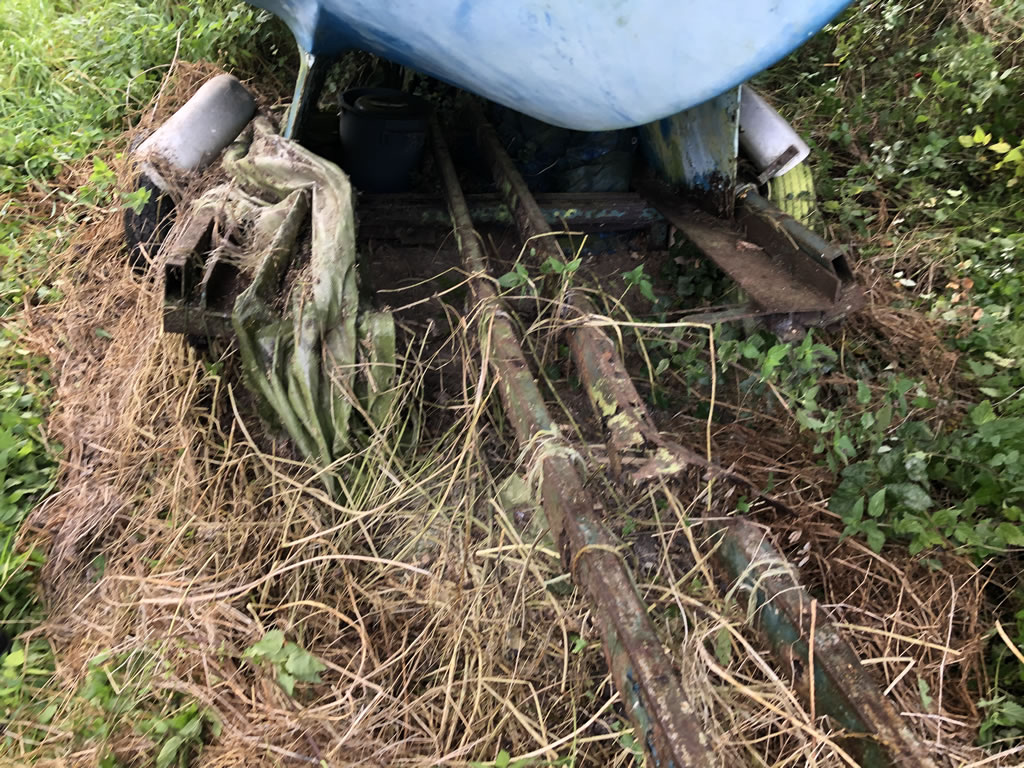 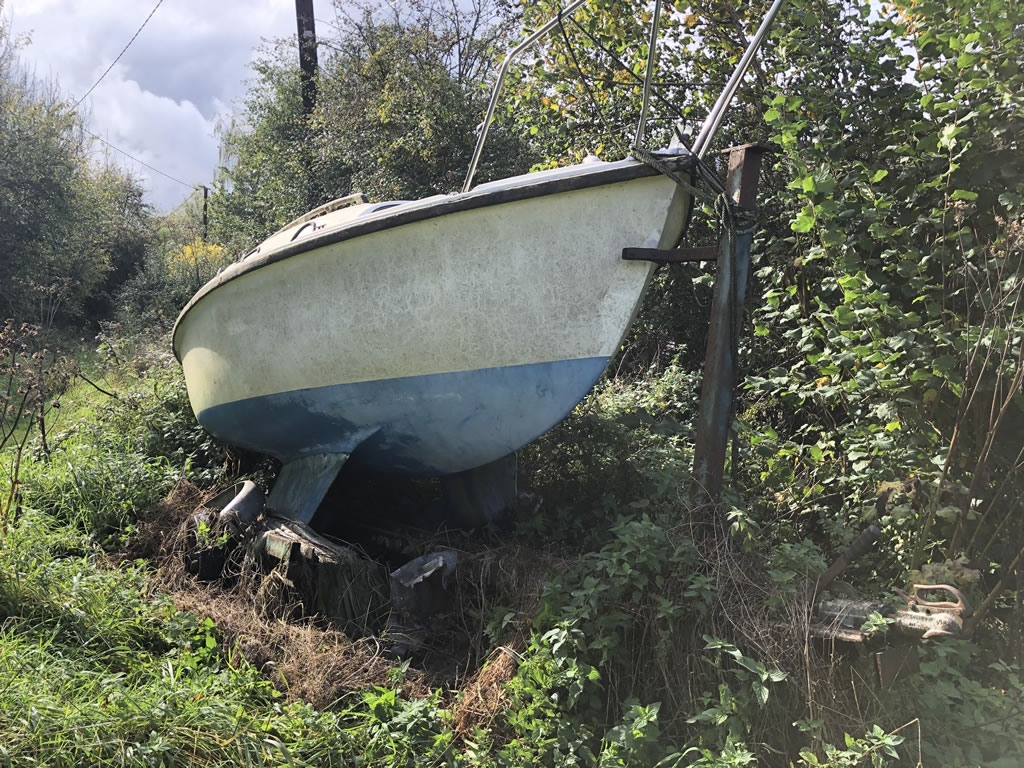 If you have a boat in a field let us know and get her scrapped. Just use our Scrap Calculator. When you scrap your boat we support the charity Sea-Changers.