Skip to content
You are here:Home/Portfolio, Scrap a Boat, Scrap a Yacht/Atalanta 26 Classic Yacht In For Scrap
Previous Next

Atalanta 26 Classic Yacht In For Scrap

Atalanta 26 In For Scrap

Last week the Boatbreakers team had a the sad job of disposing of a classic yacht. The Atalanta 26 had been written off by her insurance company after being damaged during a storm.

She had been hit by a rogue Westerly project that broke free from her mooring in Portsmouth Harbour. The Westerly had damaged three boats during the incident but the Atalanta taking the brunt of the damage. It’s always frustrating when people abandon project boats and then leave them to the elements. This Atalanta’s situation is a perfect example of why people should think about taking on a project because of the knock on effect it could have on other vessels.

Written Off By Surveyors

A Marine Surveyor was originally tasked with checking the boat over and he decided that she was beyond economical repair. The insurance company then decided that they wanted the boat disposed of after they had paid out the owner. Boatbreakers got the call to collect and as she was still floating in Portsmouth Harbour is was a fairly straight forward collection.

Our team took our work boat from our Portsmouth Yard to where the boat was tied up. She was alongside a pontoon off of Wicor Marina. Once we had found her we secured ourselves to the Atalanta and climbed aboard to see what the yacht had in store.

A Shame to Scrap

The first impressions of the boat was that it was such a shame that to have to bring her in for disposal. When we shared that the boat was coming in on our Facebook group her former owner commented. He told us that he had sailed the boat round to Portsmouth Harbour from the Isle of Man. It was clear to see he had plenty of plans for the boat and was sad to have to see her go.

There wasn’t a great deal of old chandlery inside the boat. However, the boat was fairly rare we knew there would be a demand for certain parts. As soon as we posted the pictures of the boat on the group we were inundated with calls from the Atalanta Owner’s Association. They had a list of parts that they wanted for other owners.

It was good to see that our Group was fulfilling its purpose of giving our members early warning of what was coming in. We were also glad to see all of the parts we remove sell soon after removal as it meant we didn’t have to store them.

After tying her up alongside the work boat we towed her to Gosport Boat Yard. There the mast was lowered and the boat was lifted and loaded onto transport. She was then delivered by road to the Scrapyard in Portsmouth.

Once unloaded at the yard our team set about removing all of the items that the Atalanta Association wanted. It is always a shame to see these boats go but it’s also good to see other owners benefitting from finding such rare parts. 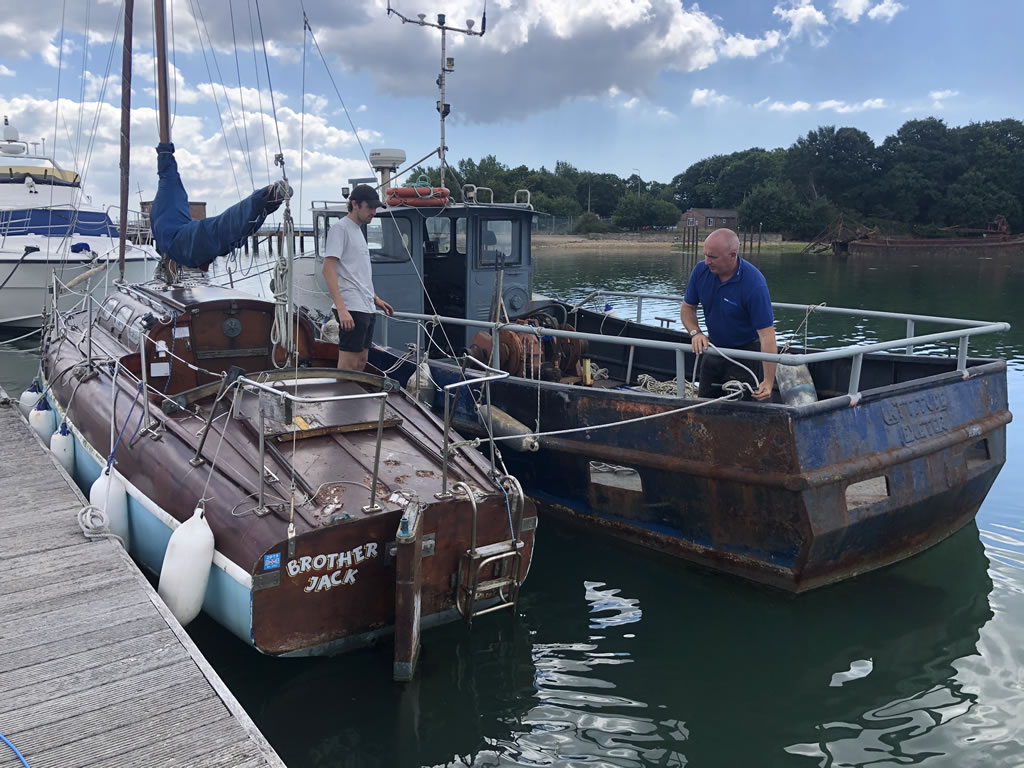 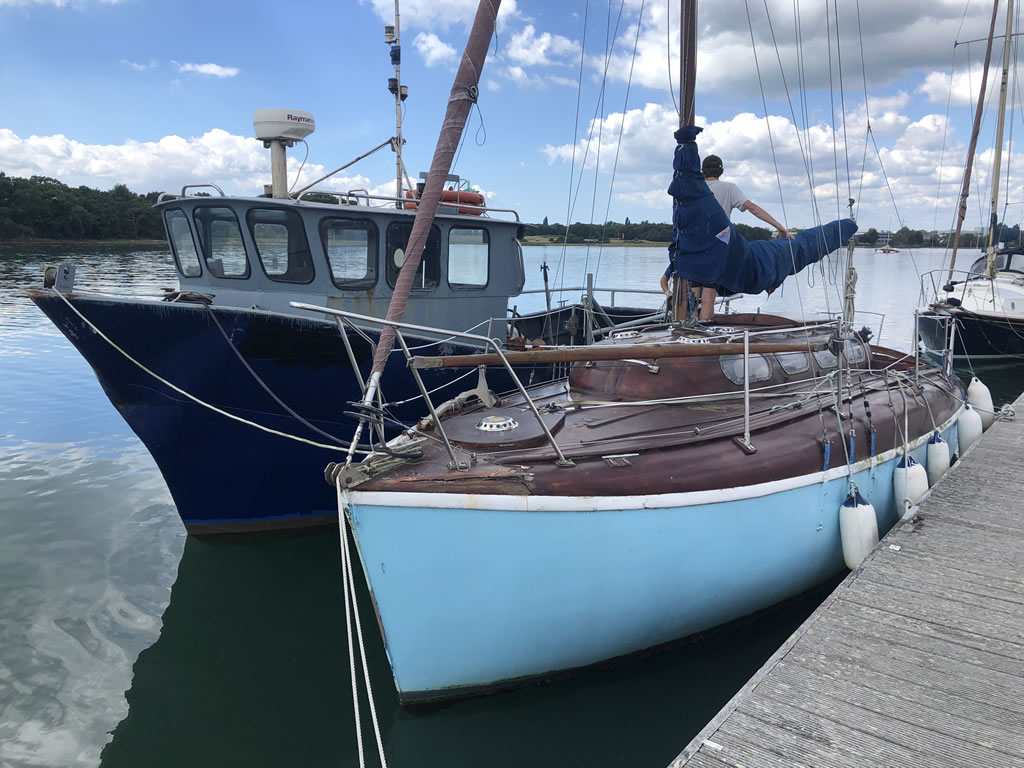 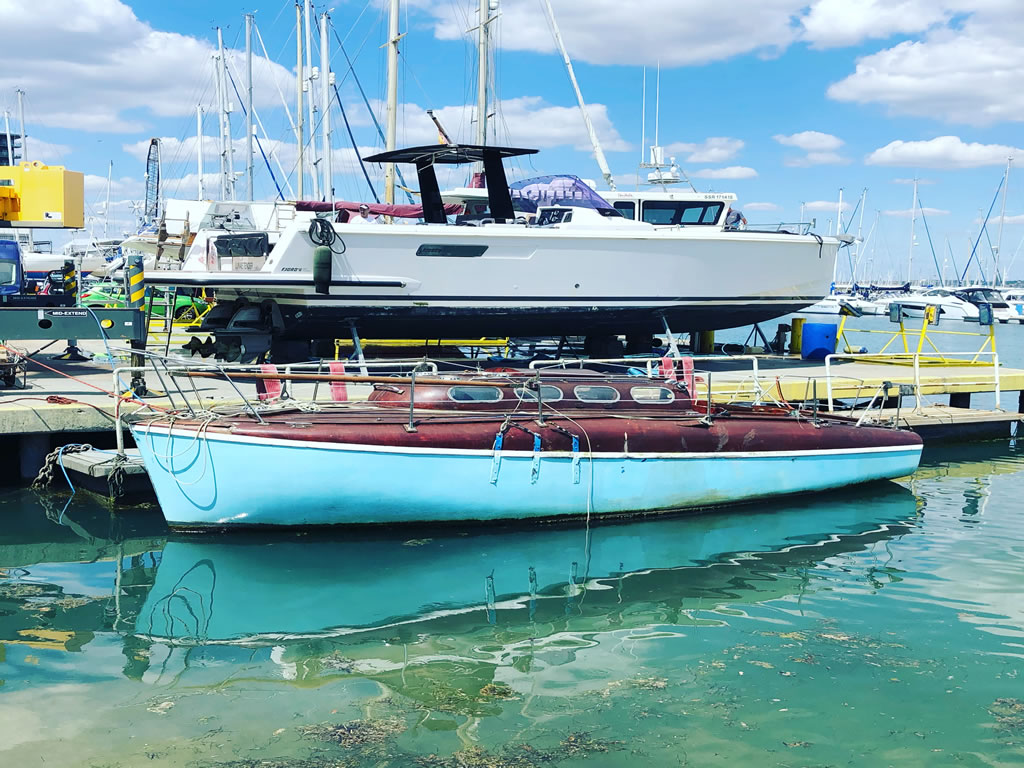 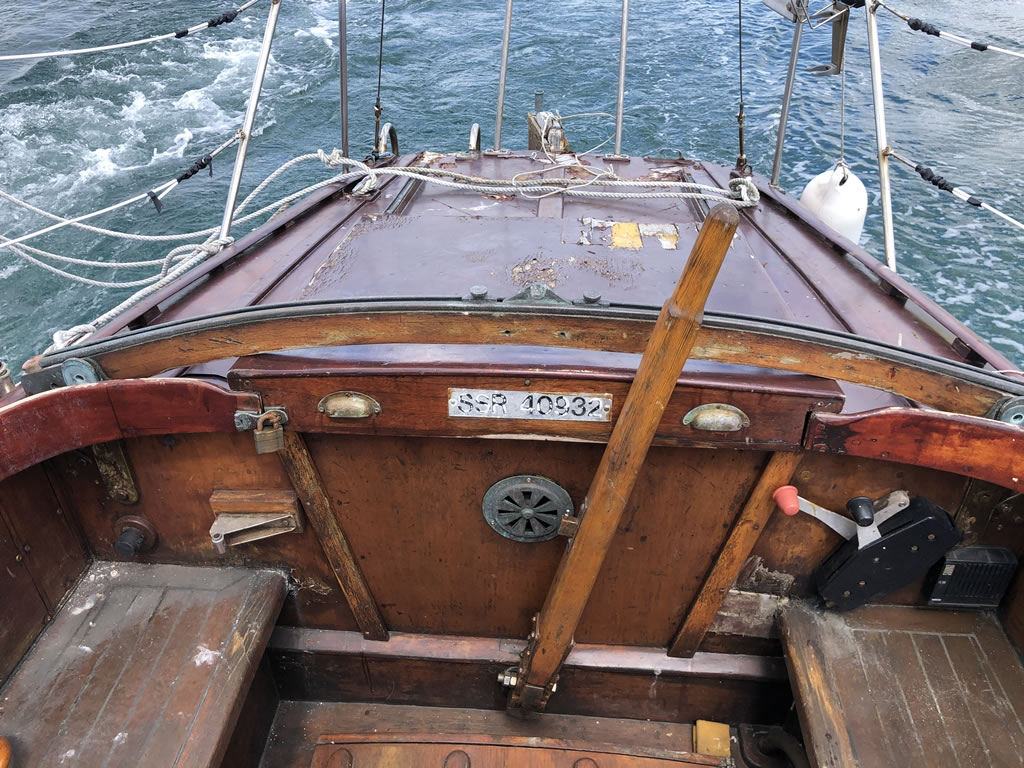 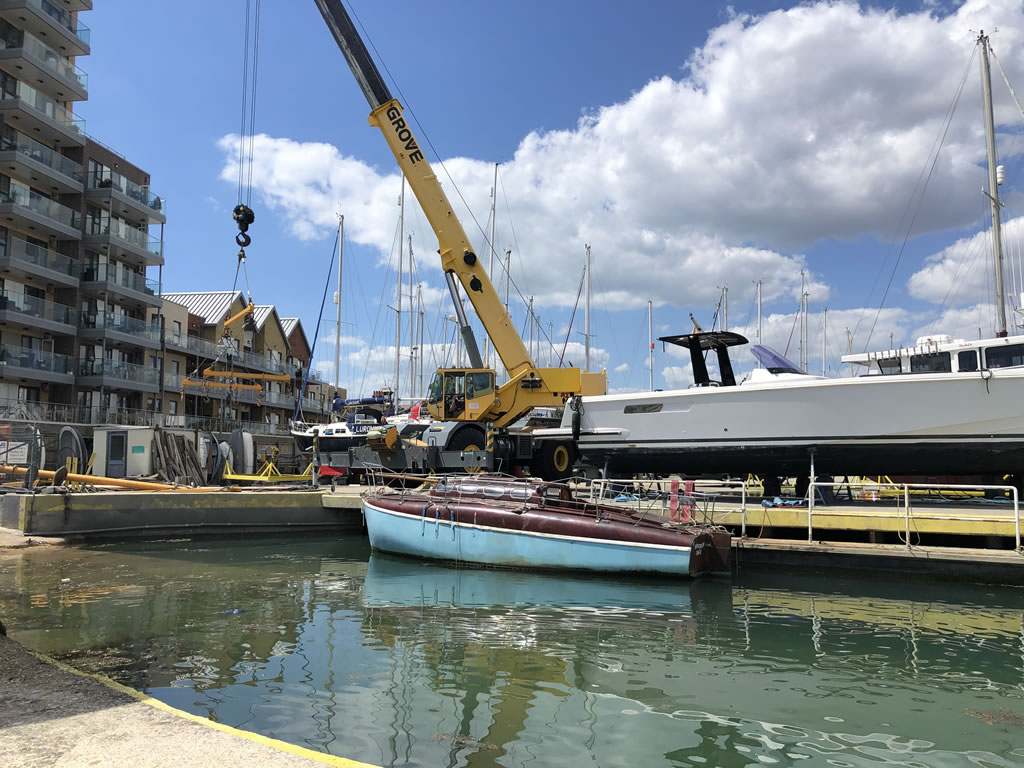 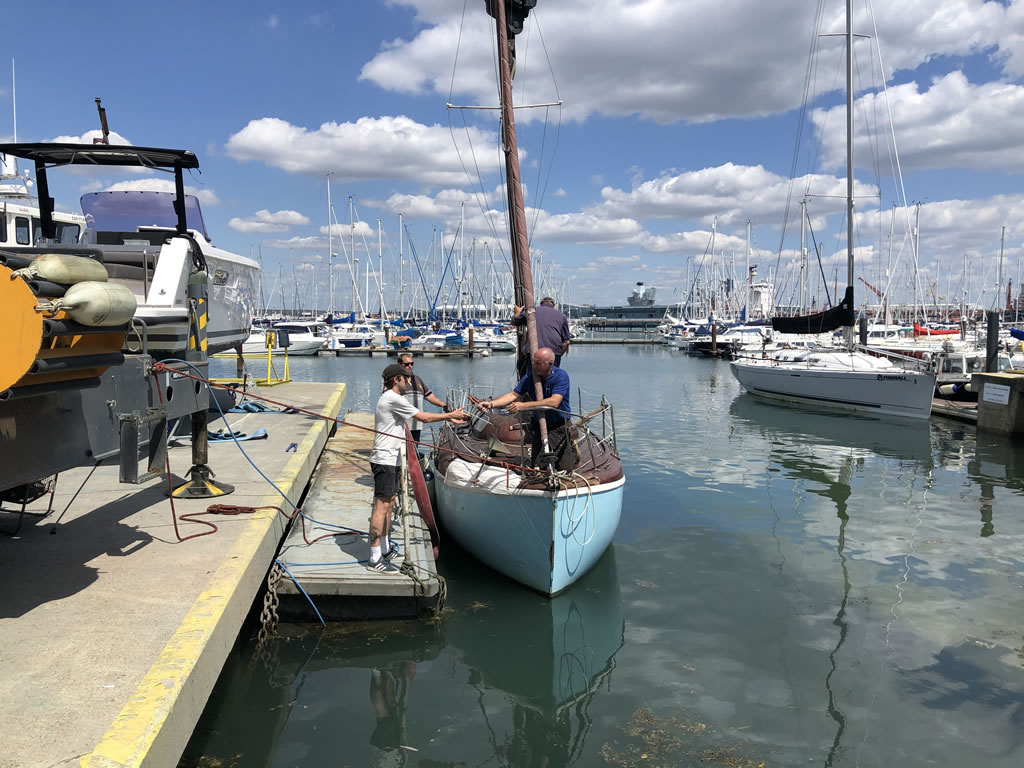 For those interested in the boat itself here is brief description of the Atalanta 26 from SailboatData.com.

“Twin center boards, retractable rudder and narrow beam made this one of the earliest ‘trailerable’ cruising yachts of this size. The ‘hot molded’ construction method had been developed by the builder for the WWII Swordfish torpedo plane. George O’Day was, at the time, the US agent for Fairey Marine. Some were said to have been imported to the US. (We have yet to see one in the US)
Today the ATALANTA is regarded, as a rare classic with a large percentage of the original boats still sailing.”