As I was writing this post we actually had a fresh enquiry in that was exactly what this post is about. A boat in a marina near London has clearly been left un-maintained for too long and has now started to sink. This has made a tricky boat removal even trickier as now the boat has to be pumped out and re-floated.

We are here to help you arrange the removal of abandoned boats. Whether they are in a marina, on a mooring, on your driveway or maybe in a farmer’s field somewhere, we can help you remove abandoned boats from anywhere in the UK or mainland Europe.

Abandoned boats can not only become an eyesore but also a potential hazard both in the water and on land. If a boat is left abandoned on its mooring it may eventually come loose in stormy conditions and cause damage to any surrounding boats. If it then sinks it would become a navigational and environmental hazard. We have dive teams on standby ready to come and re-float the stricken vessel, so don’t panic!

Here at Boatbreakers we want to avoid any boat getting to the point where it becomes a problem for other boat owners. Much like being hit by an un-insured driver in a car it’d be the innocent party who’d foot the bill for the damage caused.

So if you’re a boatyard, marina or reluctant boat owner. Give us a call on 023 9298 4666 and arrange for our team to come and remove the abandoned boat from your premises. This will not only remove the risk of the boat becoming a problem to its surroundings but also free up space to store new boats owned by reliable customers. 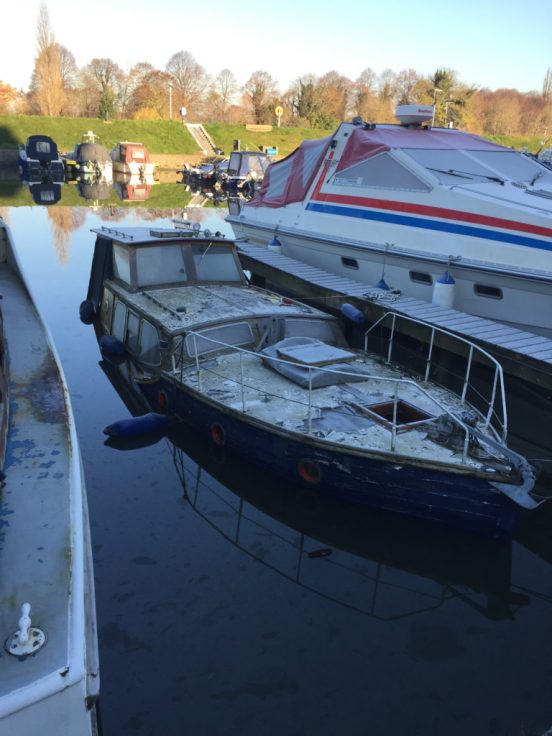 The quickest and easiest way deal with the abandoned boats giving you a headache is to use the Scrap Calculator on our site which will give you an instant idea of the price to dispose of your abandoned boat.

Some other blog posts about Abandoned Boats

2019 has been a busy year for Boatbreaker so far. From our first day back in after the new year we had boats turning up for disposal.

The Boatbreakers team have been busy at the turn of the new year collecting neglected boats. Our first batch have come out of the River Itchen in Southampton.

Canada is the latest country to try and tackle the problem of abandoned boats littering their waterways. It was recently announced by Transport Canada that they will be looking for people to take part in their Abandoned Boats Program.

Eastney beach in Portsmouth is a regular destination for our team. Sadly it has become a local dumping ground for unwanted project boats.

Our Boatbreakers team were back out on the water in Portsmouth Harbour last week. We had received a call from a local sailing club to ask us to remove an abandoned boat from their moorings.