RALEIGH, N.C. — A North Carolina task force dealing with boats abandoned in the wake of Hurricane Florence raised dozens of vessels from coastal waters, cleaned out hazardous materials, moved them out of navigation channels when needed, then sunk them again.

State legislators were astonished to hear it this week.

But this is the problem with ships damaged in the storms. Or rather, the problems: Owners often don’t want them. Sometimes owners can’t be found. The government doesn’t have a place to put them or the funding to scrap them. The state says local governments have authority over vessels. Local governments say they don’t have authority over public waterways – that’s a state and federal issue.

“There’s got to be a better way,” New Bern spokeswoman Colleen Roberts said Thursday. “After the storm, and even now, you can ride over the bridges in New Bern and see the tall masts of sail boats and other boating equipment in the rivers.”

State legislators who heard a report on the issue Tuesday seemed eager to consider new rules forcing owners to take more responsibility. A proposal to require liability insurance to cover at least some of the recovery costs was bandied about and set aside for later debate.

Meanwhile, an untold number of abandoned boats sit in the water and on the land. Fibreglass hulls will eventually “delaminate,” breaking up into smaller pieces, Christian Gillikin, of the Atlantic Coast Marine Group, told a legislative oversight committee.

Atlantic Coast is a contractor brought in by a state and federal task force to deal with abandoned boats after Florence. The immediate goal was to remove hazardous materials: Diesel fuel, emergency flares, other potential pollutants.

Gillikin couldn’t say how many boats his crews raised and cleaned up, only to sink them again. He estimated “tens and tens and tens” out of the 383 abandoned vessels identified after Florence.

He suggested that legislators put up $50,000 to assess what’s left of these vessels and what to do with them. He said it costs about $395 a foot to remove a boat, so a 32-foot vessel would cost $12,640. The most expensive part is raising the vessel, he told lawmakers.

Mike Sprayberry, the state’s emergency management director, set the wheels in motion for the task force, which was made up of representatives from the U.S. Coast Guard, the state Wildlife Resources Commission and the state Department of Environmental Quality. That group used a process called ESF 10, which keys in on a quick clean, as opposed to ESF 3, a more robust salvage operation.

“The coordinated response saw that no state entity could take responsibility for disposal, so ESF 10 made sense as the function for abandoned vessels due to the limited jurisdiction of coordinating agencies and limited resources of localities,” DEQ spokeswoman Megan Thorpe said in an email. “The focus was to eliminate environmental hazards.”

Sam Craft with the Wildlife Resources Commission said the group also moved boats out of channels and other sensitive areas, leaving them in places they wouldn’t be a hazard. They also tried to contact owners, but Gillikin said it’s not uncommon to find “bogus” identification numbers on boat hulls, making that difficult, if not impossible, in many cases.

Sprayberry said the state didn’t have the funding or the authority to simply haul damaged boats away.

“One of the things that I have to keep in mind … they’re private property, and they’re like cars,” he said. “I wouldn’t take cars and pay a fee to store them somewhere, and then pay more to tear them apart and put them in a landfill.” 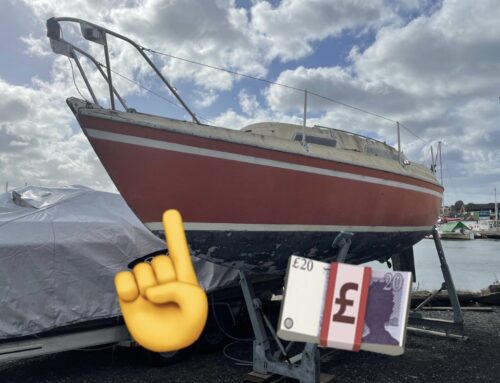 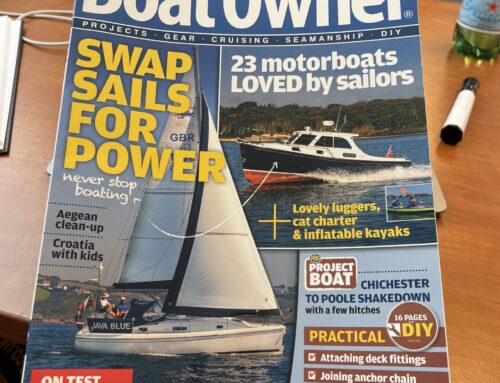 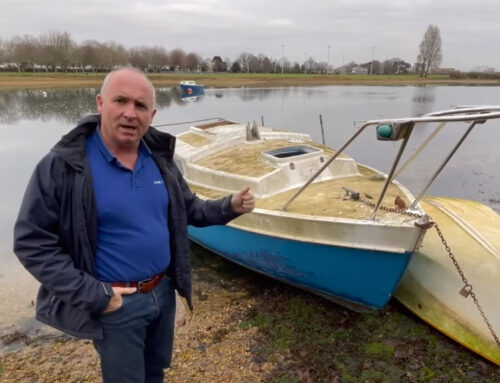