In 2015 we were contacted by a local marina that had a boat on a mooring which was in a sorry state. It was a catamaran that had clearly been neglected by her owners who had subsequently stopped paying their mooring fees.

Our team went to visit the boat and told the marina owners that they should consider using our service to scrap the boat and cut their losses. If the boat had broken free from the mooring it could not only damage other boats but in a worst case scenario, could sink and become an environmental and shipping hazard.

A plan was organised to get the boat back to our scrap yard in Portsmouth and dispose of the boat. However, at the last-minute the marina changed their plans, probably to avoid the cost, and gave the boat to somebody who wanted to take her on as a “project”.

Fast forward to 2017 and we’ve just had the call from the Environment Agency that there has been a catamaran abandoned on the beach at Eastney, close to the Hayling Island ferry pontoon.

Our team went down to take a look at the boat and we soon realised it was the same boat that we were supposed to scrap in 2015.

Boatbreakers has submitted a plan to the Environment Agency to get the boat removed. In our opinion this highlights a major issue in terms of responsibility boat yards should take in properly disposing of their end of life boats. As now the bill will be paid using tax-payers money to remove and dispose of the boat. 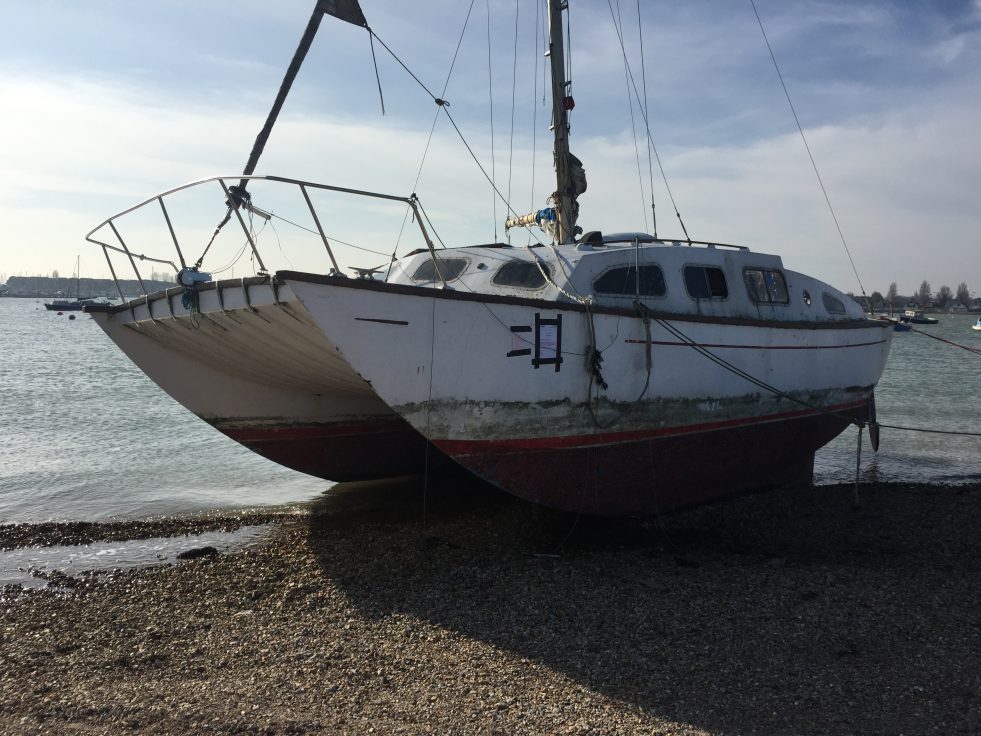 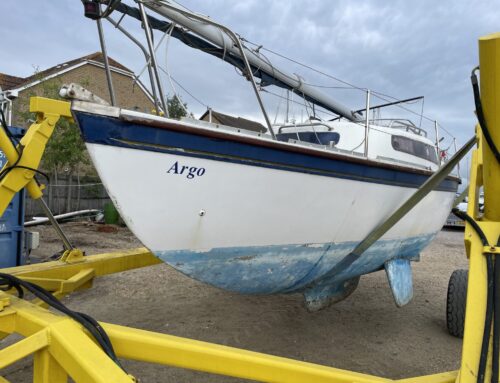 Abandoned Yacht in a Sailing Club 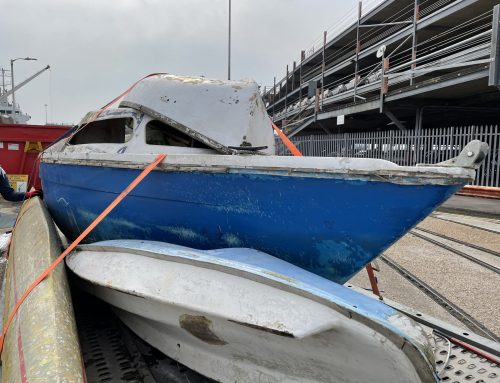