Skip to content
You are here:Home/Portfolio, Scrap a Boat, Scrap a Yacht/Yacht Mould Chop
Previous Next

The latest job for our team at Boatbreakers was an on site yacht mould disposal in Marchwood. We got the call from the owners of the mould and we arranged a site visit to gauge whether we could transport the mould to our yard or if we’d have to chop the mould on site.

Because of the shape of the site and the fact the mould was blocked into a corner by three other boats we quickly decided that the best solution would be to send a team to cut her up and have the waste collected.

Despite the mould being a straightforward object to chop as there was no interior to worry about we didn’t quite realise how thick (and heavy) some of the sections would be. There was also the added difficulty of removing the metal frame work that was in place to keep the mould structurally sound.

With some well placed cuts and the help of gravity we removed the metal supporting structure and made light work of the remaining hull of the boat mould.

The fibre glass was cut into sections and piled ready for our grab lorry to come and take the waste away, leaving a clean and tidy site. There will always be some dust from the cuts made to the fibreglass but this will soon wash away in the rain.

After our team finished the site was left clear of fibreglass boat waste and we had arranged the collection of the remaining metal framework. The boat mould which had been left untouched for 20 years was now disposed of and the land could be used for something else.

If you have an old boat that is untouched on your driveway or in a field, marina or car park somewhere why not give us a call and let us help you dispose of her? 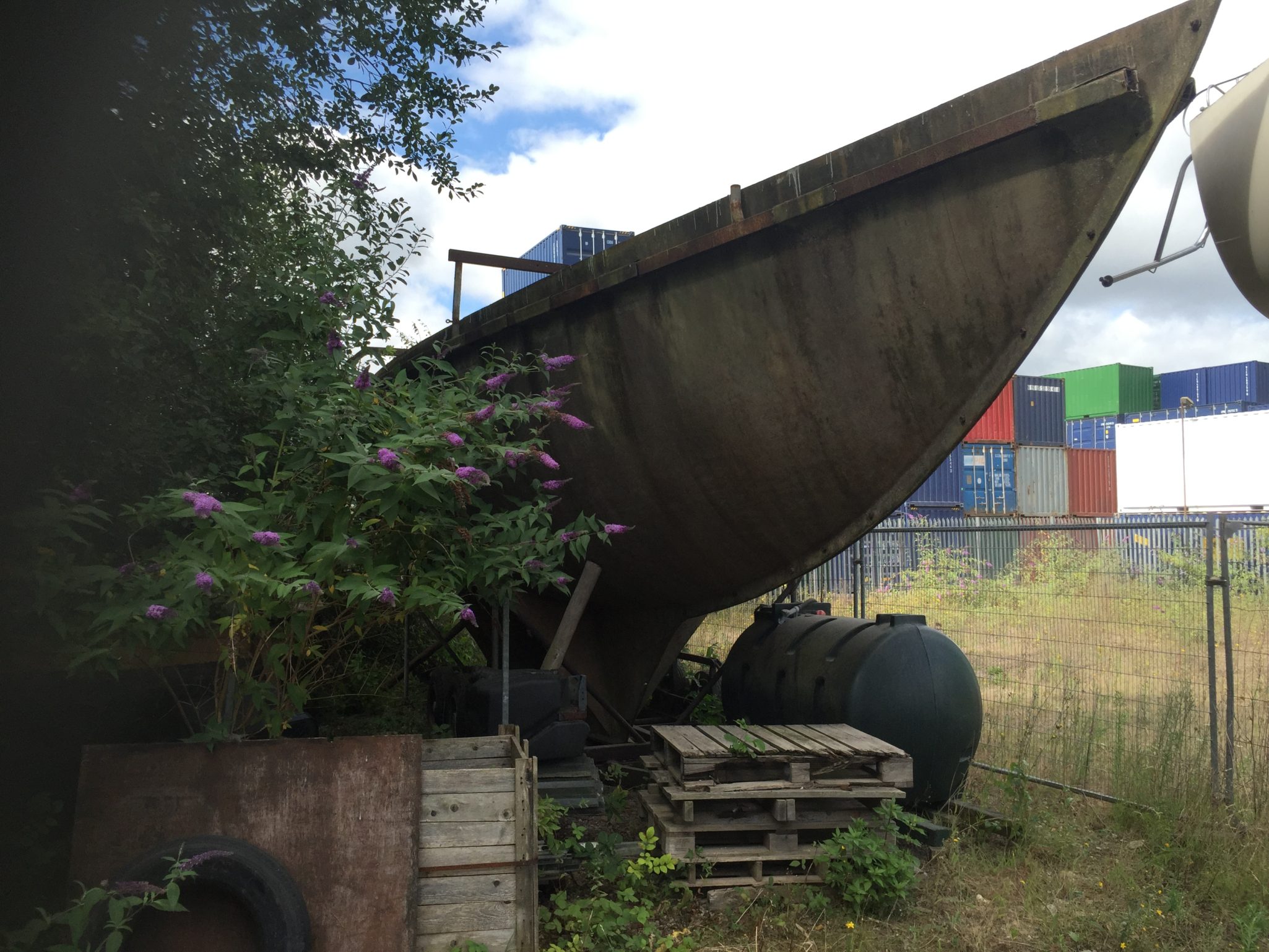 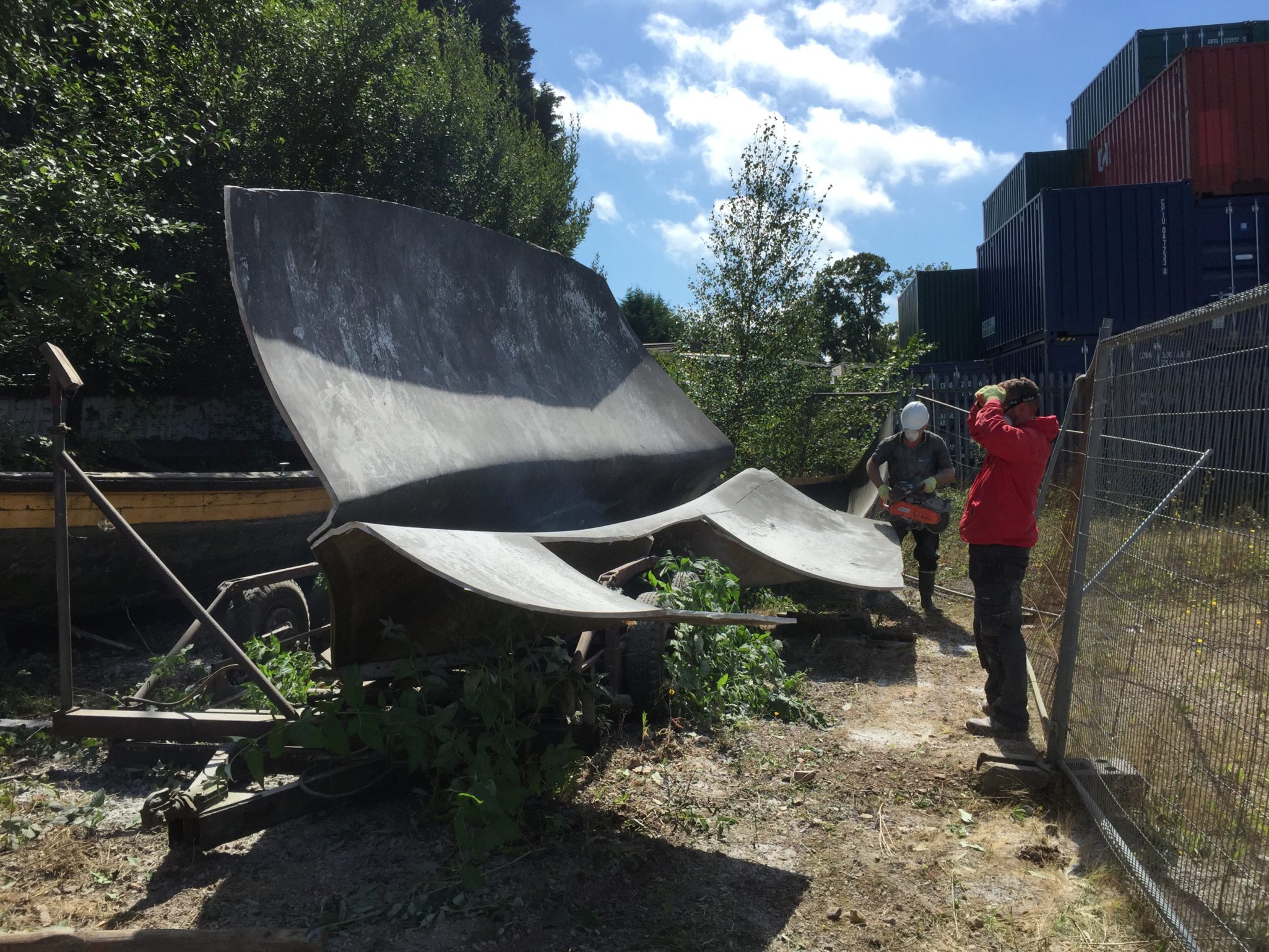 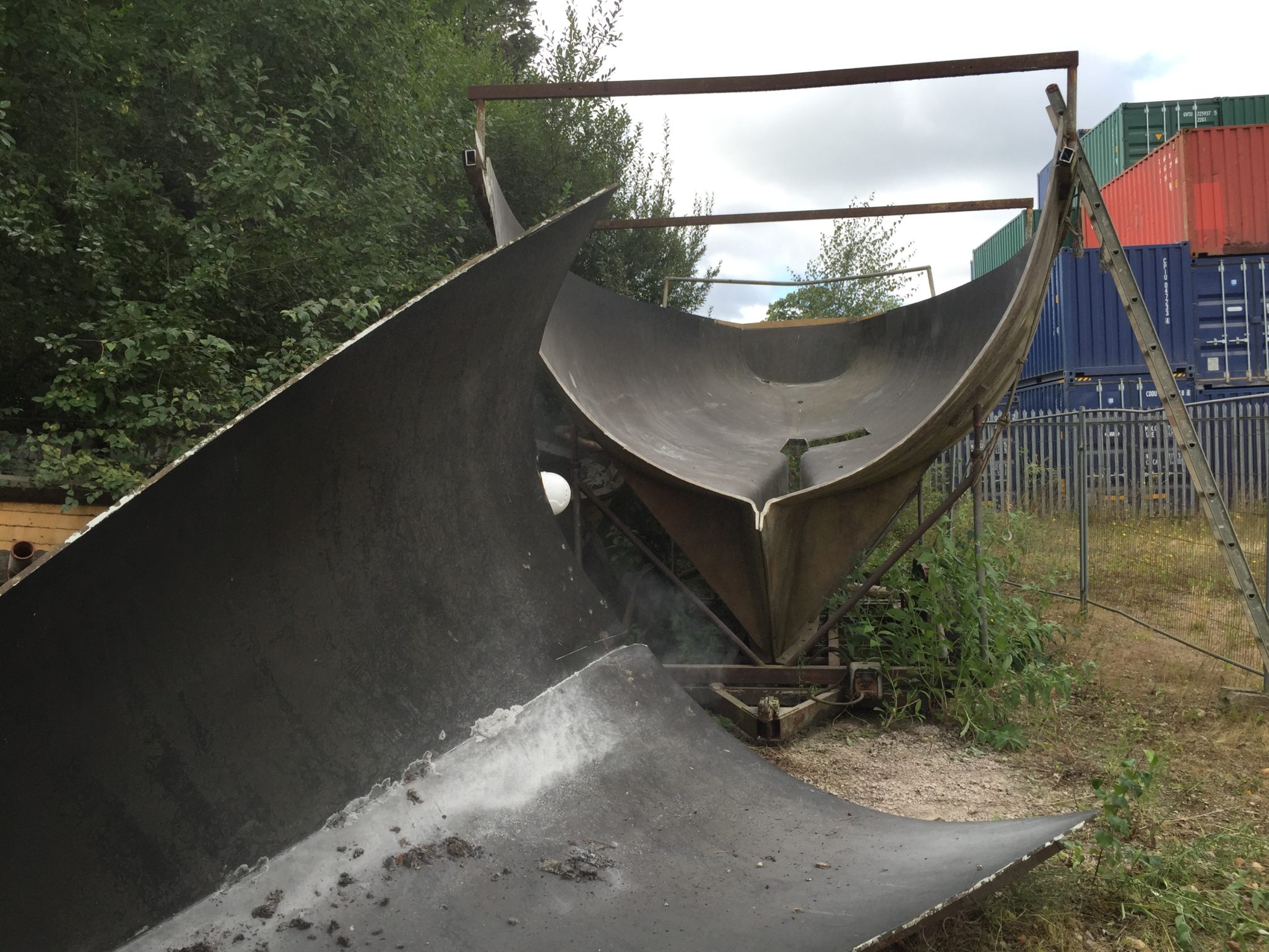 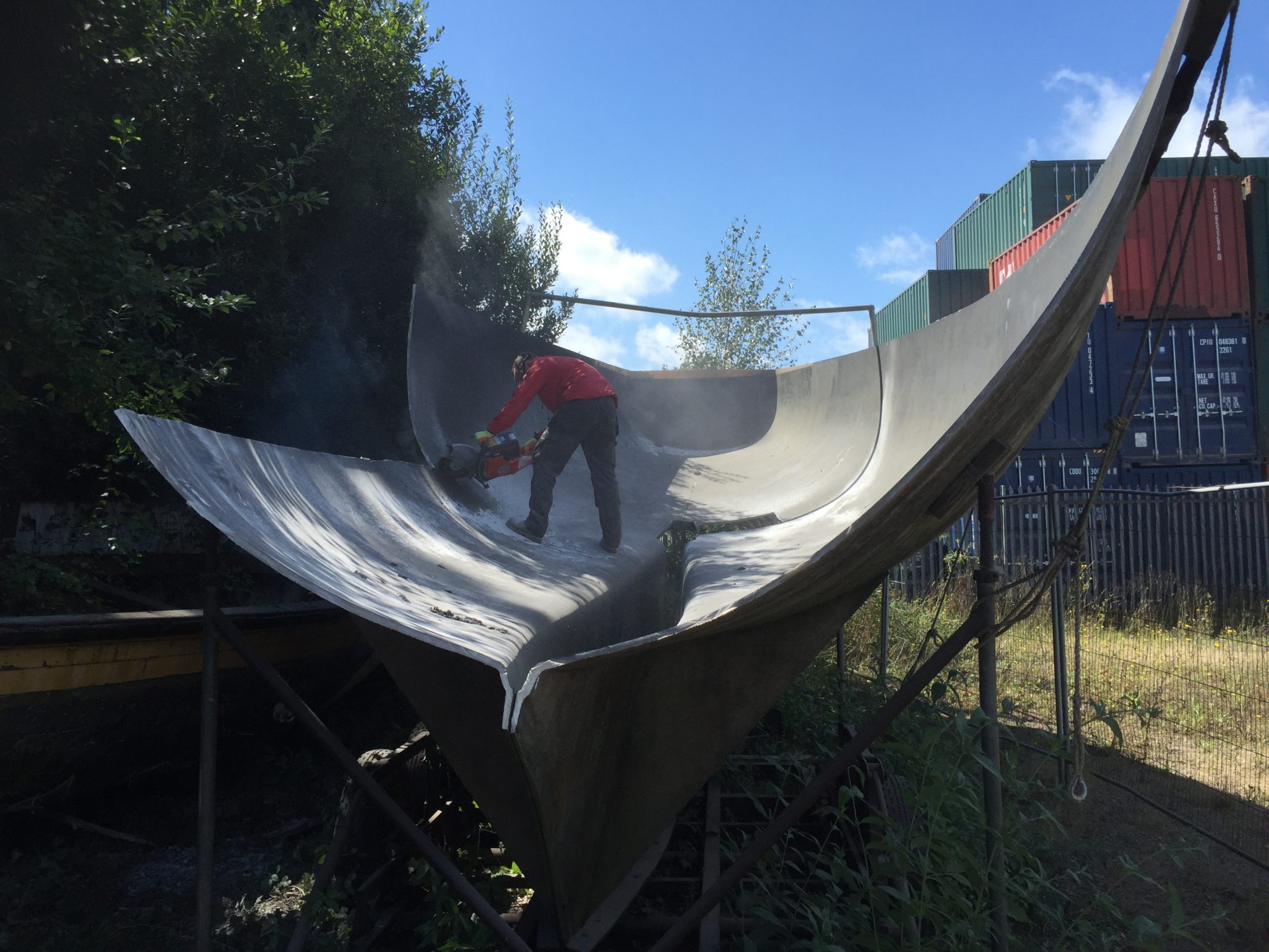